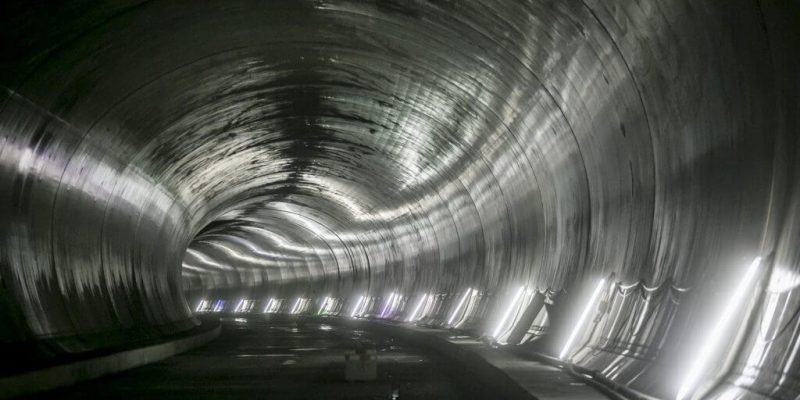 For the construction process of the Sillschlucht-Pfons section on the Austrian side of the Brenner Base Tunnel, an Implenia and Webuild Group joint venture has been selected.

The intended joint venture to build lot H41 of the scheme has been elected by BBT SE, which is extending the railway tunnel between Italy and Austria under the Alps.

This almost €651M (£550M) contract, divided 50-50 among Implenia and Webuild. Managing the technical part of the project is up to Implenia Austria, while Webuild Group’s Swiss subsidiary CSC is also involved in the contract.

The lot H41 Sillschlucht-Pfons includes the construction of the major tunnels towards north to Innsbruck and southwards to Pfons, beginning from the access tunnel at Ahrental. The lot is estimated to recruit 400 workers directly.

While approximately 5.7km of the entire length will be dug with the drill and blast method,16.4km is due to be excavated using a tunnel boring machine. Moreover, the inner lining for the main tunnels, as well as for the Innsbruck emergency stop and the exploratory tunnel, are included in the project’s contract.

Although the BBT’s commissioned work is planned to take over than six and half years, Implenia and Webuild Group are currently active on the southern connection of the Brenner Base Tunnel.

According to Implenia global head of tunneling Erwin Scherer: “The Brenner Base Tunnel is an important part of the Scandinavia-Mediterranean corridor within the Trans-European Network (TEN-T), which is improving railway connections throughout the whole continent.”

“We’re very happy that we can bring our many years of experience and our proven expertise in tunnel construction to this large and complex tunneling project,” added Erwin Scherer.

The Brenner Base Tunnel with 55km length will be the longest railway tunnel in the world after completion.

Holding Date of STUVA Expo and Conference 2021 is Close