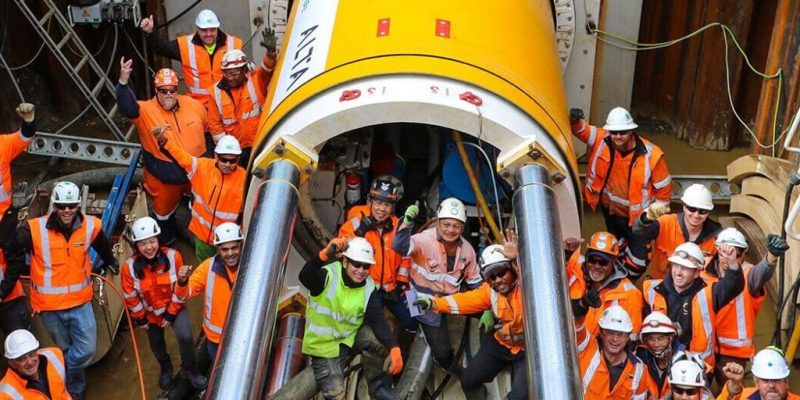 While January of the current year was the date of commencing stage one of the Corban Reserve Stormwater Upgrade Project, the Auckland Council project is going to see the installation of a new 2.1m diameter stormwater pipeline in west Auckland.

The responsibility of delivering this project to the council is up to Contractor McConnell Dowell. Stretching from Border Road Reserve to 18 Imperial Place, the 685m tunneling journey of this project’s micro tunnel boring machine (MTBM), named Aroha, recently started, whereas the drive should be completed before the end of the year.

Benefiting the pipe jacking method, quantity of installed precast pipes is due to be 235 during a period of roughly three months.

In order to receiving the MTBM at the end of its journey, the team is busy at the Imperial Place site preparing the inlet shaft at the moment. Also a separate civil construction team is re-scaping the Murillo Reserve, extending the children’s play facilities in it and installing boardwalks for the local community and meanwhile the tunneling process is undergoing.

The MTBM being used on the project was upcycled from the St Marys Bay Area Water Quality Improvement Project, which McConnell Dowell delivered in partnership with Auckland Council Healthy Waters.

Following the 12 to18 months of determined period for completion of the stage one of the Corban Reserve project, stage two and three will be continued. Decommissioning of the stormwater pipe through Corban Reserve closed landfill and an upgrade of reserve, as well as upgrading the existing stormwater network along Henderson Valley Road, will be the Stage two and three’s operations respectively.

Decreasing flooding in the area, increase capacity within the network to allow for future growth, and protect and boost both the Opanuku and Upper Waitaro streams, will be the benefits of completion of the new pipeline project in mid-2023. Additionally, preventing landfill gases and leachate entering the stormwater network and making it safer to maintain, is going to be the other advantages of this project.