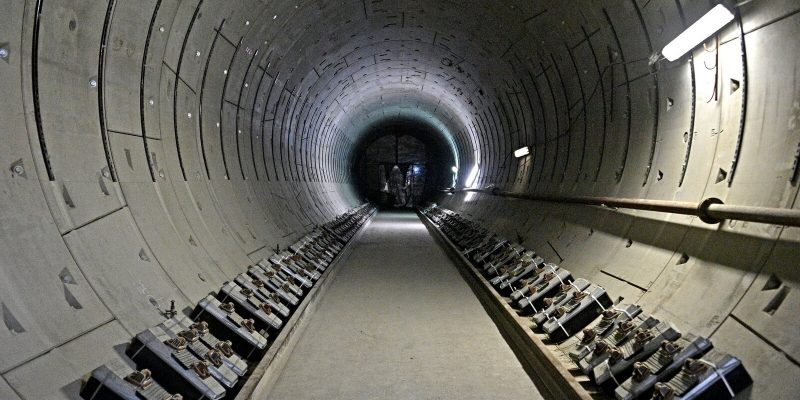 Andrey Bochkarev, the Deputy Mayor of Moscow in the Moscow Government for Urban Development Policy and Construction announced that the monolithic work at all five stations of the first section of the Troitskaya metro line from Novatorskaya to Mamyry has been ready by over half.

Andrey Bochkarev asserted: “At the stations of the first section of the Troitskaya line “Novatorskaya”, “Peoples’ Friendship University”, “General Tyuleneva Street”, “Tyutchevskaya” and “Mamyri”, the construction of the main structures continues. Now all five stations have exceeded the 50% mark in terms of completed monolithic works.”

He, the head of the Construction Complex, explained that the key structures at the Peoples’ Friendship University were almost finished. Backfilling of the excavation is also being done there and engineering systems are installed.

“ Tyutchevskaya” is in second place in terms of the completion of monolithic works – by more than three quarters. In addition, the installation of the enclosing structures of the pit has been completed at the station, earthen excavations are nearing completion, and architectural and finishing work is underway in the office premises, ” clarified Andrey Bochkarev.

As Yuri Kravtsov, the General Director of JSC “Mosinzhproekt” argued, in addition to the completion of the erection of monolithic structures and earthworks, finishing is also underway on the “innovative”, and at the stations “Street Gen. Tuleneva” and “Mamyrov. “Mosinzhproekt” is the engineering holding and the general designer and general contractor of the new lines and stations’ construction of the Moscow metro.

Yuri Kravtsov mentioned: “In total, there are two sections of the Troitskaya branch in the area of responsibility of the Mosinzhproekt holding – a total of nine stations. Now preparations are underway for the start of construction of the Krymskaya and ZIL stations, and the construction of the Akademicheskaya and Vavilovskaya stations at the second, central section has already begun.”

The Troitskaya metro line which is 40 km, is going to be run from the platform of the Moscow Central Ring ZIL to the city of Troitsk. The new branch will cover the South-West, Troitsky, and Novomoskovsky districts of the capital. It is supposed that its daily passenger traffic can be about 100 thousand people per day. Nearly 1 million people live near the new stations, several hundred thousand more studies or work in the immediate vicinity of the line under construction.

Revision in TfN and Network Rail’s Infrastructure and Services