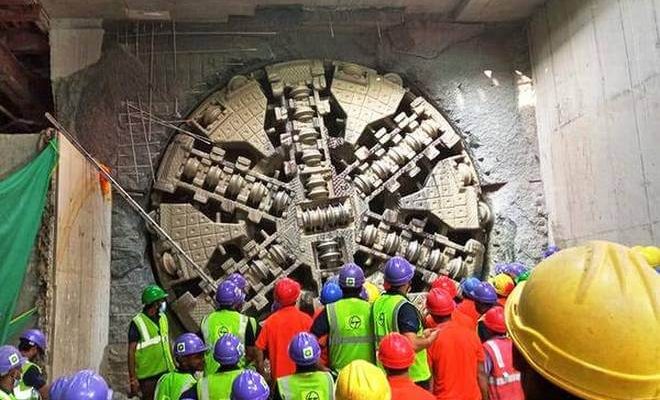 On 6th January, tunnel boring machine Avni, achieved a breakthrough at M.G. Road station after about two years. It has been launched on September 5, 2020, at Shivajinagar station and finished tunneling a length of 1,086 meters.

BMRLC released in a press that: “TBM Avni encountered hard boulders for a length of around 280 meters, wherein tunneling was extremely challenging and required very frequent interventions.” Now, the TBM is going to drive through the station and id going to tunnel between M.G. Road to Rashtriya Military School Stations.

Earlier this week, TBM Valmika that had been launched on June 29 last year from Dairy Circle covered a distance of 614 meters. It reached Dairy Circle station on January 3.

As BMRCL mentioned, it will now excavate a tunnel between Dairy Circle to Lakkasandra stations.

BMRCL had situated nine tunnel boring machines for the underground section of the Pink Line from Kalena Agrahara station on Bannerghatta Road in the south with Nagawara station.

Urja was the first to achieve a breakthrough last year.