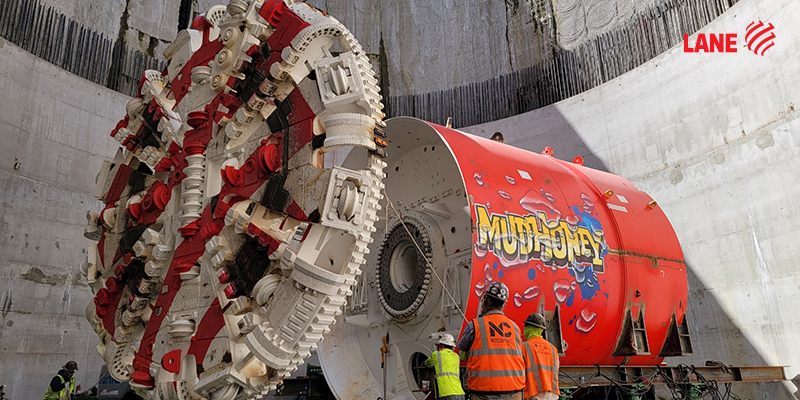 On 16th April, the Ship Canal Water Quality Project revealed the new name of their TBM. The machine was lowered into the ground in Seattle, Washington.

The highest number of votes after over 35,000 votes were cast to select a name between the top five finalists have gone to MudHoney. This name comes from the late ’80s, after a Seattle-based rock foursome whose muck-crusted version of rock, has taken a stand against overflows into our waterways.

The Project is worth USD570 million (EUR476.12 million), being carried out by the Lane Construction Corporation, the U.S. subsidiary of the Webuild Group. The Lane company has funded USD255 million (EUR212.99 million) share to the project. Once finished, the tunnel will block, approx. up to 283 million liters (75 million gallons) of sewage and polluted stormwater from entering Salmon Bay, the Lake Washington Ship Canal, and Lake Union per year.

The new tunnel is going to temporarily hold and capture over 109.8 million liters (29.6 million gallons) of sewage and stormwater during heavy rains. Once the storm passes, flows will be released to the treatment plant. The project is anticipated to be done by 2025 and is a joint project among the City of Seattle and King County.

Excavation tunnels ahead at Glenroy Station