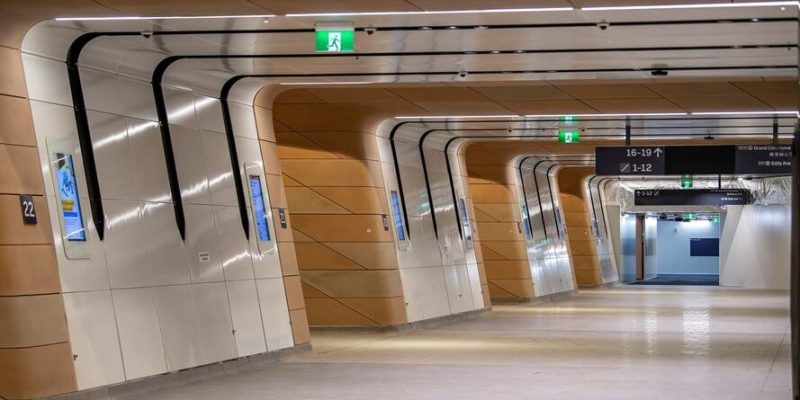 Being opened at Sydney Metro Central Station, the first stage of the landmark new Central Walk pedestrian concourse with 80-metre length is slated to provide escalator access to suburban platforms 16 to 23 for the first time in the station’s 116-year history.

While presenting a fast and clear path to platforms, trains, buses, light rail, and metro services to customers will be done in 2024 by Central Walk, providing a connection between the lower northern concourse and the eastern suburbs railway concourse, will be up to this pedestrian link that is going to reduce minutes of travel times for commuters moving between Eddy Avenue and Chalmers Street.

Central Walk will cater to future customer demand at the station, which is expected to more than double in the next two decades.

The quantity of used glass reinforced concrete panels for distinctive wall panels along Central Walk are 784, with the longest measuring 4.5 meters. Additionally, installation process of over than 7,000 tiles and 500 lights were done as part of construction and 38,000 tons of rock were removed, which is the equivalent of six Olympic swimming pools.

Finalizing installation for four lifts and the remaining eight of 15 new escalators, along with installing cladding, services and tiles, are the remaining work on the next stage of Central Walk, whereas construction is due to continue with minimal disruption to customers using the new concourse or moving through the station above.

You can read more about Sydney Metro Project using this link 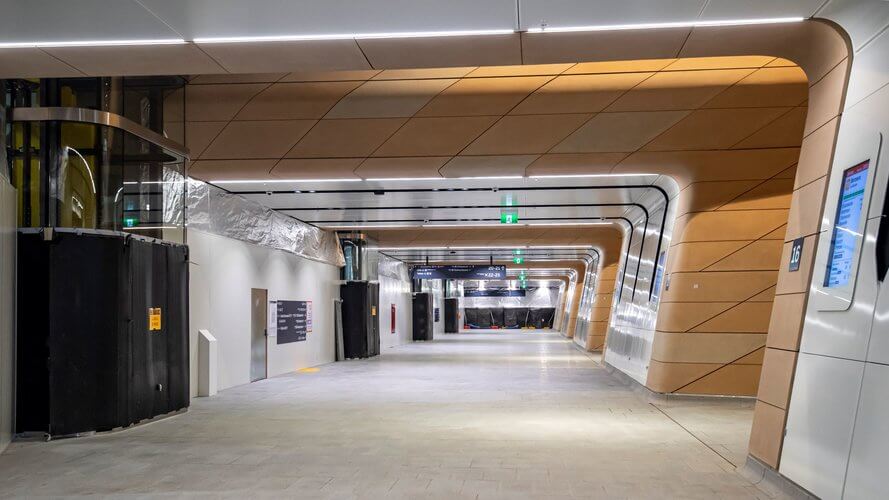 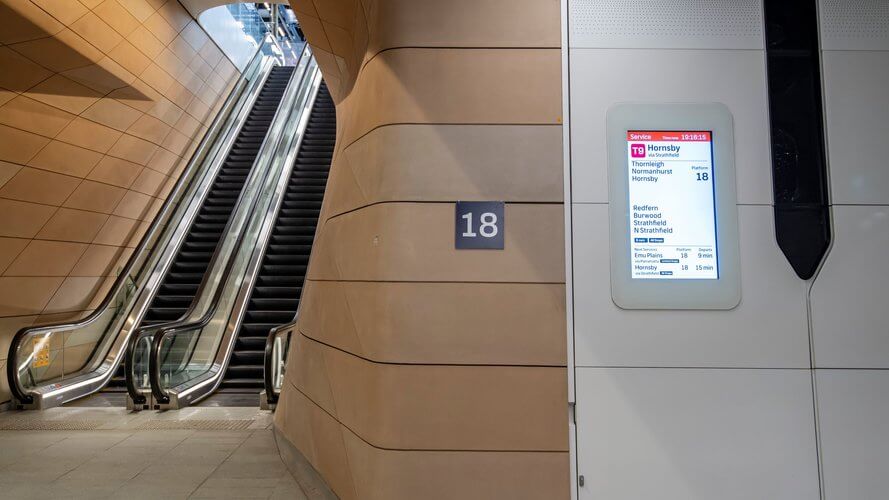 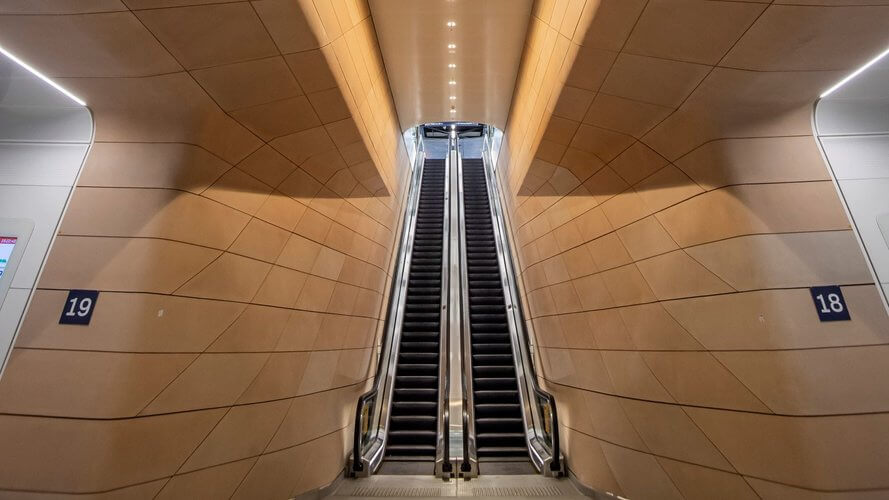