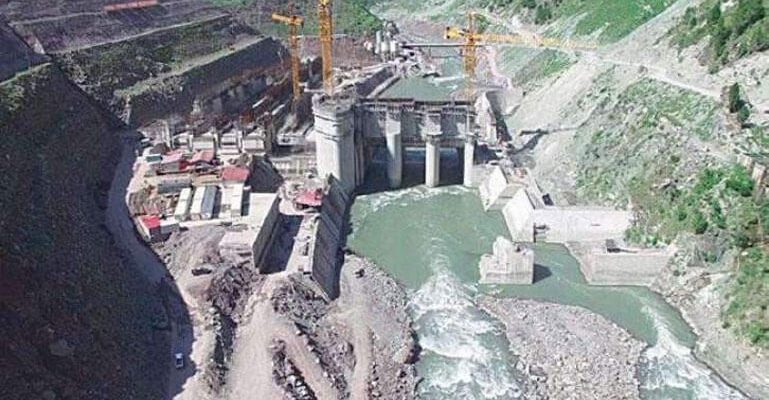 In order to celebrate the third achievement of headrace tunnel for the Suki Kinari Hydropower Project with 884 MW power, a rite was held on 25 September 2021.

The intended project, which has been started to construct in 2017 in Pakistan, is placed on the Kunhar River in the Kaghan Valley of Mansehra District, Khyber Pakhtunkhwa.

It is a diversion-type run-off-river project which poses minimal environmental and social impacts and due to its high head of 922.7 m and relatively short intake structure & reservoir, it is considered one of the most cost-effective hydropower schemes in the region.

In April 2021 this project, which is cataloged between the highest priority Early Harvest Projects within the strategic CPEC (China-Pakistan Economic Corridor) and 10 km upstream of Kaghan town is its dam site, caused deflection of the Kunhar River through the bottom outlets of double-layer spillway due to commencing the construction of the main dam.

The scheme includes diversion of the transmitted water from the reservoir through the intake structure to run through a concrete-lined headrace tunnel with 23.2 km length and an excavation diameter of 7.3m, that is passing through a rather high mountainous terrain and several fault zones. Drill & Blast method was used for excavating eight access adits which were required due to the length of the headrace tunnel.

In the first season of 2021, two sections of the headrace tunnel were bored and the concrete lining of these tunnels has commenced, totally over than 73% digging process has been completed already.

While the Government of Pakistan, according to a 30-year power purchase contract, has announced its agreement for off-taking electricity from the Suki Kinari project, the project is being financed through a combination of debt and equity at a ratio of 75:25 – the Export-Import Bank of China (Exim Bank of China) and Industrial and Commercial Bank of China are the debt providers.

The engineering, procurement, and construction (EPC) contract for this hydropower project, has been granted to China Gezhouba Group, and preparing the bankable feasibility study is Mott MacDonald’s responsibility.