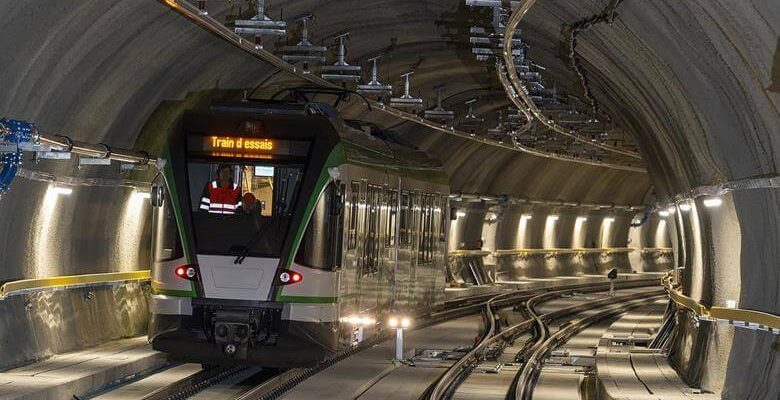 Stretching from the underground Lausanne-Flon terminus to Lausanne-Chauderon, Chemin de fer Lausanne-Echallens-Bercher’s 1 km tunnel has been expanded by 1·7 km to Union-Prilly, replacing a street-running section of single track line along Avenue d’Echallens. 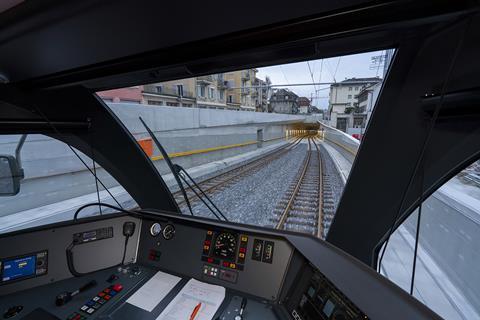 In order to raise capacity and reliability as well as avoid road accidents, which is a part of a program to modernize the 23·6 km long meter-gauge 1·5 kV DC line to form part of the canton’s RER Vaud network, this double-track tunnel has been constructed. It is scheduled that services will be increased to run every 10 min by 2035.

While the construction process of the tunnel extension took five years with the SFr136m cost funded by the national government and the canton, work was implemented by a consortium of SIF, Infra Tunnel, Gasser, and Bertholet+Mathis, and the GIT-LEB consortium of Monod-Piguet, Karakas & Français, CSD Ingénieurs, Basler & Hofmann and Geste.

May 15, after an inauguration ceremony the previous day, was the determined date for commencement of revenue services.