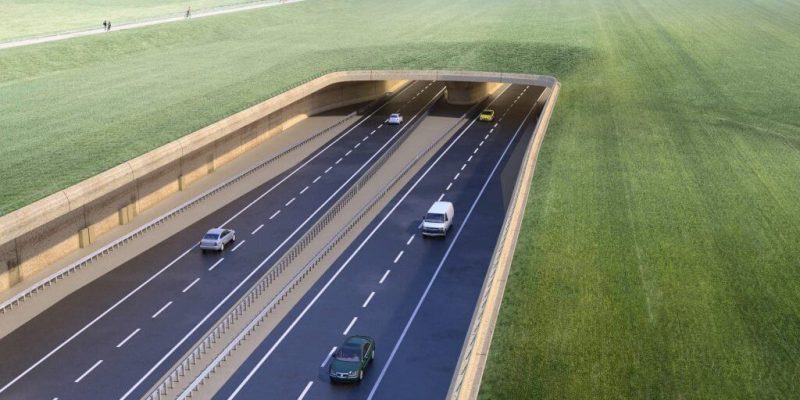 Following receipt of updated information on the scheme’s carbon impact by the transport secretary, a fresh consultation on National Highways’ A303 Stonehenge tunnel plans has been launched.

As a response to Grant Shapps’ request for more environmental information on the scheduled tunnel in February, National Highways has submitted an updated report on its operational and construction carbon emissions.

According to the report’s assessments, the cumulative effects of greenhouse gas emissions from the scheme have declined compared with previous estimates in 2018.

It put the decreases in construction carbon emissions down to a change in GHG (greenhouse gas) emission factors, while it put lower road user emissions down to the projected uptake of electric vehicles up to 2050.

Comprising the construction of a new 12.8km two-lane dual carriageway, with a 3.2km tunnel, for the A303 between Amesbury and Berwick Down in Wiltshire, this plan’s determined budget is £1.7bn.

Shapps is currently in the stage of redetermining the application, after the court’s judgment that the advancement consent order was unlawful.

Interested parties have until 10 June 2022 to comment on the updated environmental information on the project provided by National Highways.

Delay in Semmering Base Tunnel Due to Complex Geology