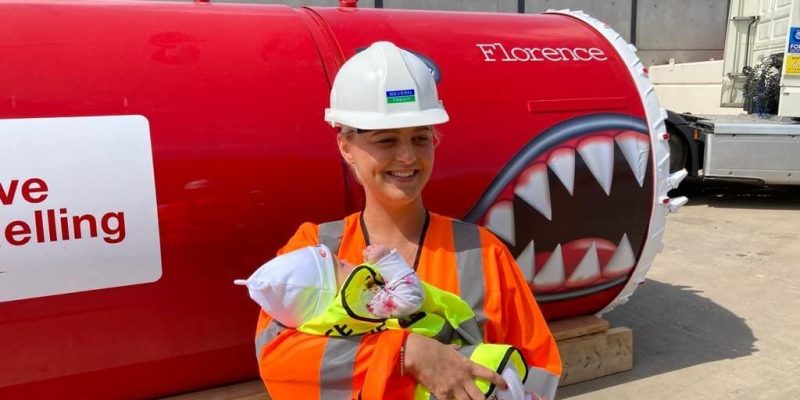 In order to upgrade the sewer network in Stroud, Gloucestershire with a £25m value a mini TBM was launched last week.

The machine is due to dig a tunnel to house 1.5m – diameter pipes that will form a part of the market town’s new sewer network.

While this first drive involves excavating beneath Stroudwater Canal and Painswick Stream, the determined date for completing the tunneling process by 7.3m-long TBM is August.

The machine has been named Florence after the baby girl of Severn Trent community communications officer Shannon Currall who has worked closely on the project.

Installing 3.2km of new pipes, upgrading many of the old Victorian sewers in the town, as well as removing the existing large sewer pipe that runs through the canal channel in Stroud, are the contents of this sewer upgrade project.

According to Janine Billington of water company Severn Trent: “The project was one of the biggest investments the company was making in the area. By using state-of-the-art equipment like Florence, we’re able to significantly reduce the disruption caused to customers and get vital work such as this done quickly and safely. We’re looking forward to seeing Florence work her magic over the coming weeks.”