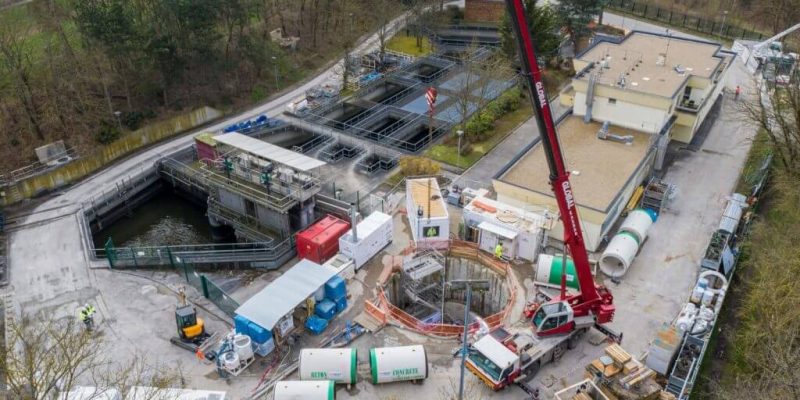 The construction process of a tunnel built entirely with ultra-low carbon concrete pipes for a wastewater treatment plant in Paris, France, was completed by Soletanche Bachy subsidiary Bessac.

The intended linear discharge tunnel with 921m length, links the new Bonneuil-en-France wastewater treatment plant to the Garges-Épinay sewer in Dugny in the north of Paris.

The responsibility of delivering this €7.8M (£6.6M) project, which includes the construction of 921m of 1.6m reinforced concrete pipes in one single drive with a micro tunnel boring machine (TBM), is up to a consortium of Bessec, Soletanche Bachy Foundations Specialties and Setec Hydratec, that was appointed by the Le Croult and Le Petit Rosne valleys (Val d’Oise) inter-municipal association for water management (SIAH).

While the construction of this tunnel entirely was done with 304 jacking ultra-low carbon concrete pipes- first in the world- by Bessec, the concrete formula has a quarter of the carbon footprint of the concretes generally used for the prefabrication of jacking pipes.

The low concrete solution was enabled by the project’s design-build contract, which encouraged Bessec to use locally available materials. It was also enabled by Soletanche Bachy’s integrated materials laboratory which developed the specific concrete formulation.

Considering the manufacture of Bessec’s pipes close to the site at a factory near Reims, it is possible to decrease pipe transport distances and the associated carbon footprint.

In order to construct a watertight retaining structure, Soletanche Bachy Foundations Speciales benefited from a specialized drilled piling method, whereas the Starsol technique controls concrete placement by means of a tube that is deployed as the auger is raised. 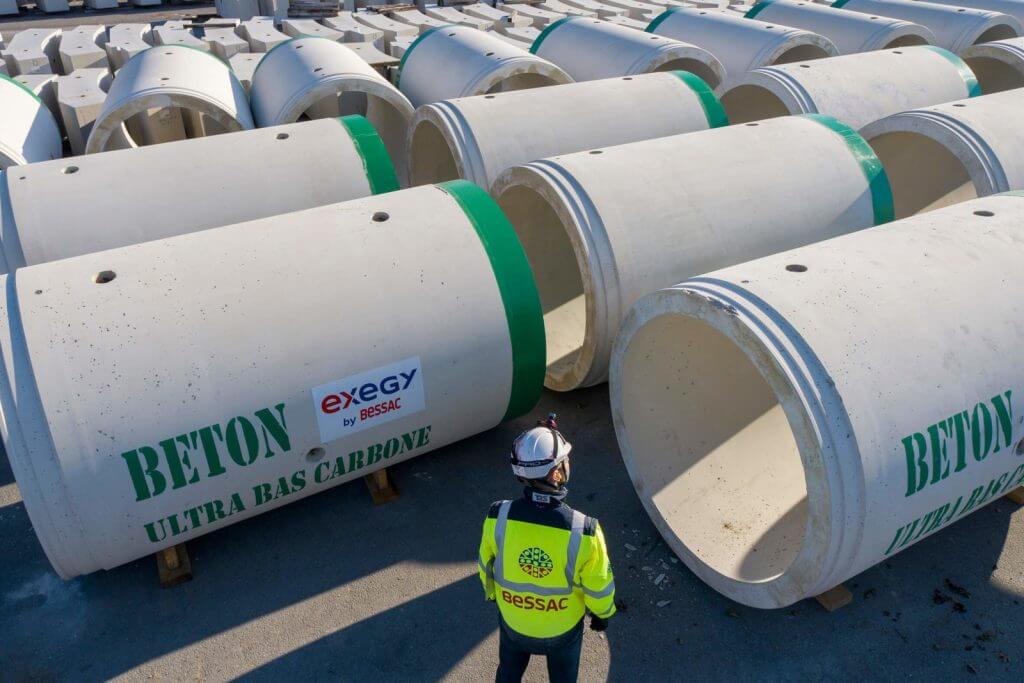 Using a micro TBM, the team commenced to excavate the actual tunnel structure and following it tunneled through the secant-pile and fiber-glass wall, the micro TBM pushed ahead beneath the thrust applied by the thrust frame installed in the working shaft.

To limit the friction on the micro TBM as it moved forward, a lubricating mud was injected into the annular space of the borehole via nozzles placed at the rear of the micro TBM and via the jacking pipes.

The digging process through the wall of the exit shaft, has been done by the micro TBM in May 2022, which is almost three months ahead of the project’s contractual schedule.

In order to finalize the project’s civil engineering works, the consortium will soon dismantle the tunnel equipment and remove the jacking installation.

As a part of Soletanche Bachy and Vinci Construction’s environmental commitment, this project aims to reduce the carbon footprint of its worksites by 20% by 2030. 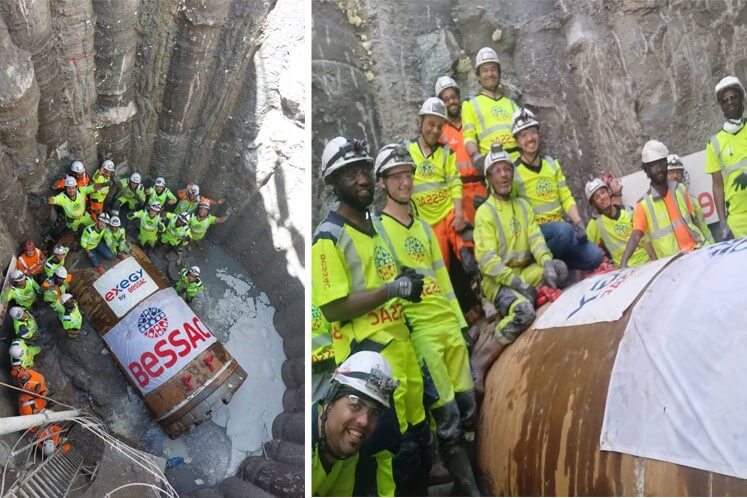