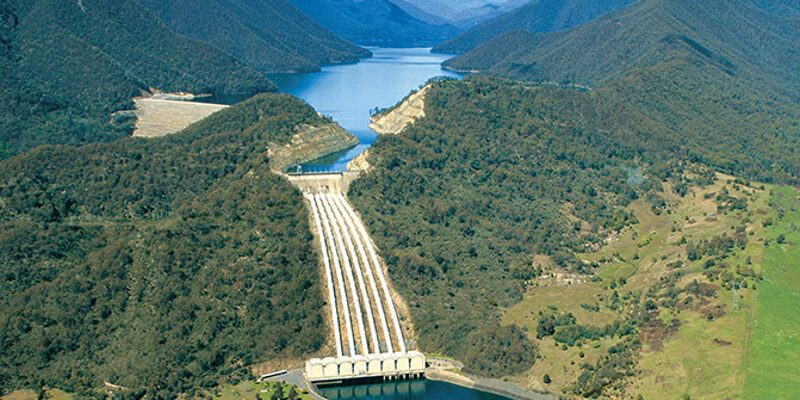 Generation of all concrete segments for the hydro scheme’s 5.6km of dry access tunnels, has been completed by Australia’s Snowy 2.0 precast factory.

In order to line the main access tunnel and emergency, cable and ventilation tunnel at Lobs Hole, the factory at Polo Flat, Cooma, which is operated by the principal contractor Future Generation Joint Venture, has manufactured over than 25,000 of the seven-tone segments.

According to Snowy Hydro managing director and CEO Paul Broad: “In total, 36,000 or 27% of the 130,000-plus segments needed to line all of the Snowy 2.0 tunnels have now come off the Polo Flat production line.”

While digging 27km of tunnels from Tantangara Reservoir to Talbingo Reservoir for the Snowy 2.0 pumped-hydro development of the Snowy Scheme, the operation process of the three TBMs is supported by the factory.

Managing a concrete batching plant and segment manufacturing from two automated carousels, with daily production of up to 24 rings, each one made of nine segments, are the subsets of the Polo Flat facility.

By providing many of the raw materials, such as aggregates and sand, from the local Schmidt Quarries at Mt Mary and Nimmitabel, the transport time and costs can be decreased. In order to advance the moulds along the carousel as the segments cure and finish, Robotics are used, whereas concrete is mixed within the batching plant, which is then transferred into the factory and poured into the moulds.

As Australia’s largest renewable energy project, the Snowy 2.0, launched the third and final TBM in March 2022.

In addition to connecting two existing dams, Tantangara and Talbingo, through 27km of tunnels, Snowy 2.0 is due to significantly expand Australia’s pumped-hydro electricity generation. Moreover, following the completion of the new underground power station in 2026, Snowy 2.0 will deliver 2,000 megawatts of pumping and generating capacity and 175 hours of storage – enough to power 500,000 homes simultaneously – which will underpin thousands of megawatts of intermittent renewables.

Involving Webuild’s US subsidiary Lane, and Clough (Australia), the then Salini Impregilo (Webuild) won the contract with AU$5.1bn (approx. US$3.59bn) value as a leader of the Future Generation JV in April 2019.

Linking two existing Snowy Scheme reservoirs, Tantangara and Talbingo, Snowy 2.0’s new power station with six pump-turbines is going to be located about 800m underground. Water in the top storage will be released for energy generation at times of peak demand and pumped back at times when there is excess renewable energy in the grid, so Snowy 2.0 is ready to meet demand when needed.