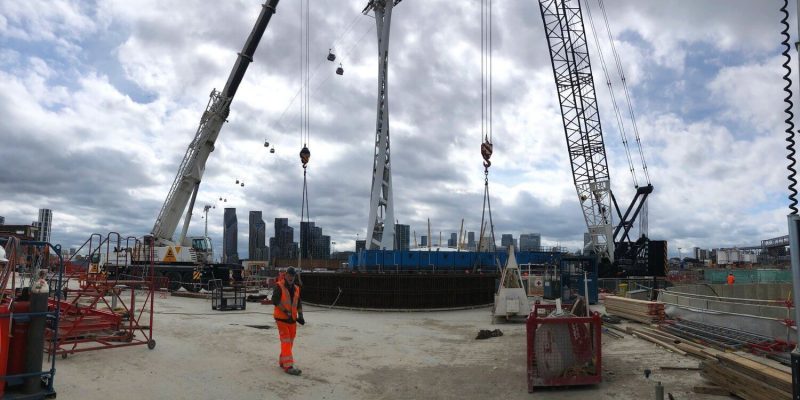 Following many weeks of careful planning by the Riverlinx team, in May a tandem lifting operation of the tunnel eye for the launch chamber of the Silvertown Tunnel was implemented, while this operation itself took four hours to complete. Due to the first cut on the commence of its drive under the River Thames, towards Greenwich, and a key activity ahead of its launch, the tunnel eye will guide the Silvertown Tunnel Projects tunnel boring machine (TBM).

The tandem lift was undertaken using a 100-tonne mobile crane which picked up the bottom of the tunnel eye, and a top crane weighing 250 tons that lifted the top of the tunnel eye. The cranes operated together to lift and rotate the steel tunnel eye.

While the 100-tonne crane is being used for holding the bottom of the tunnel eye off the ground, the large crane starts the rotation process.

Removing process of the chains attached to the 100-tonne crane was done when the tunnel eye is vertical and the larger crane moved the tunnel eye into position, lifting it down into the shaft.

While the tunnel eye is in its final location, a surveyor checks the tunnel eye to make sure that the levels are correct to guide the TBM in the right direction.

Additionally, in position the tunnel eye has been secured with steel ties and concreted into position. Helping to maintain the circular shape of the eye, the spokes are going to be removed prior to the TBM being moved into position in front of the tunnel eye. After tunneling to Greenwich, the TBM will be turned around in the rotation chamber before making its journey back to Silvertown. 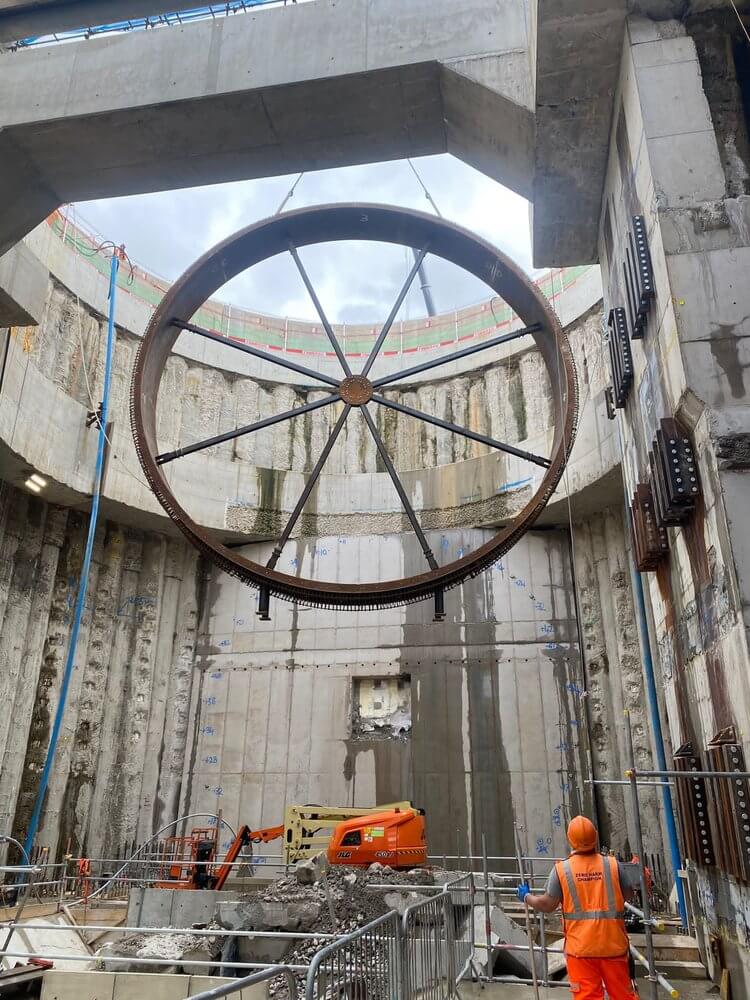 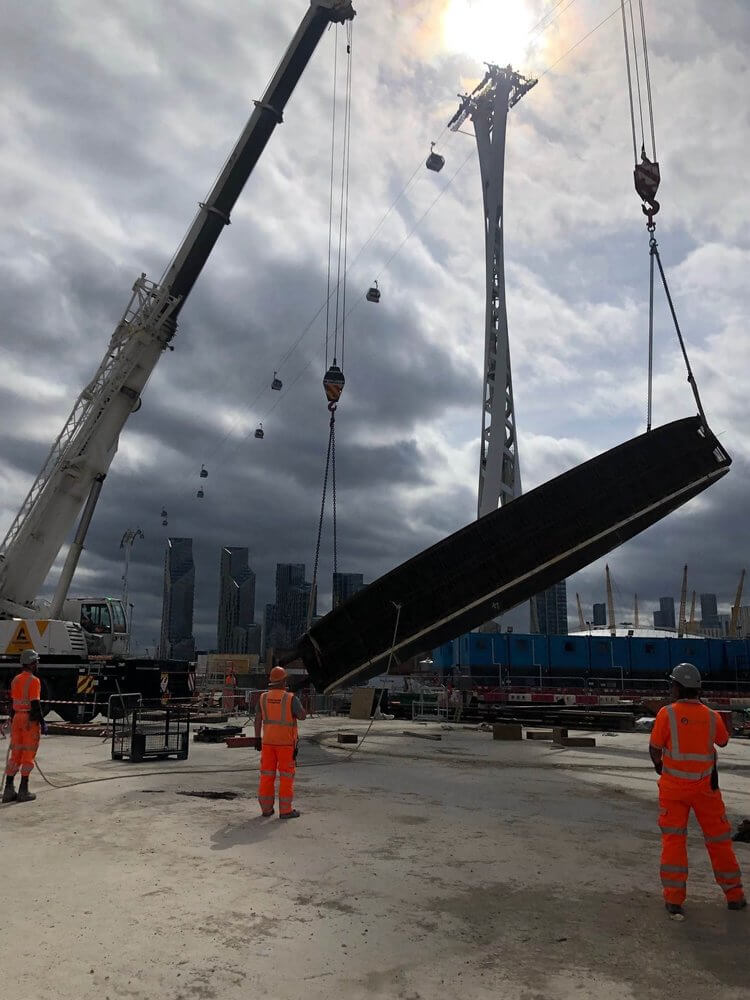 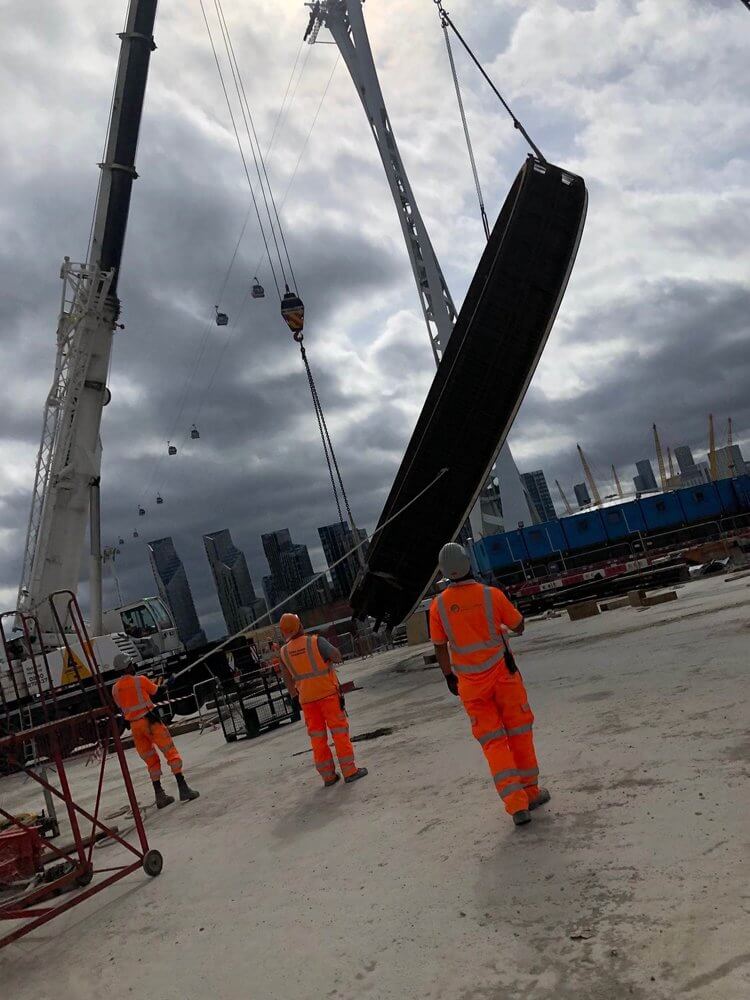 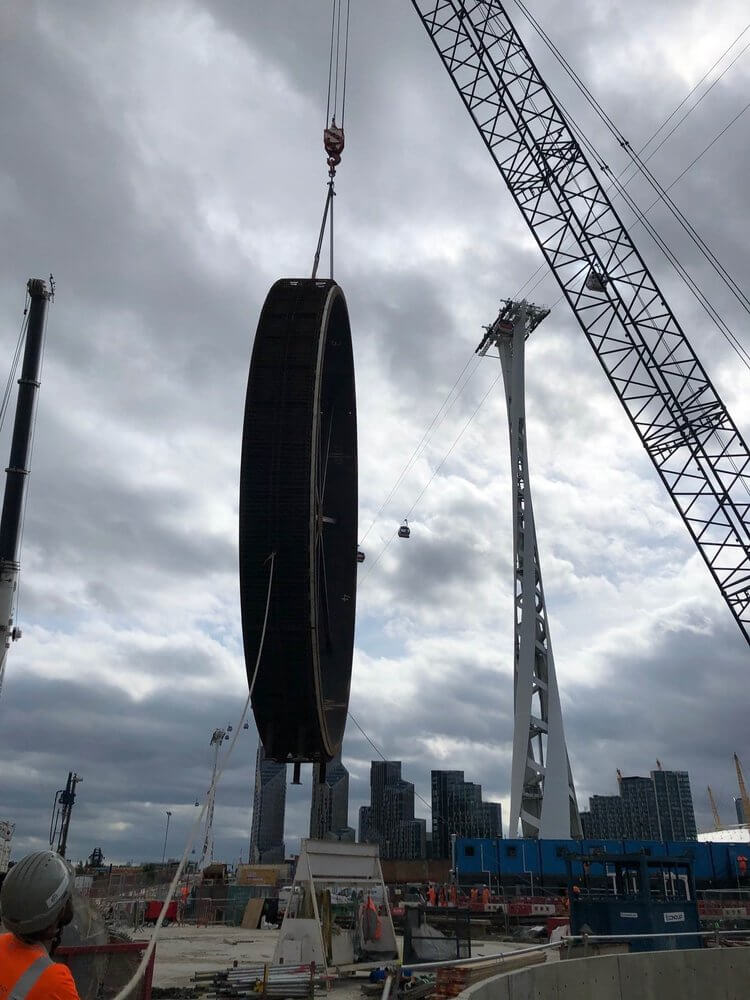 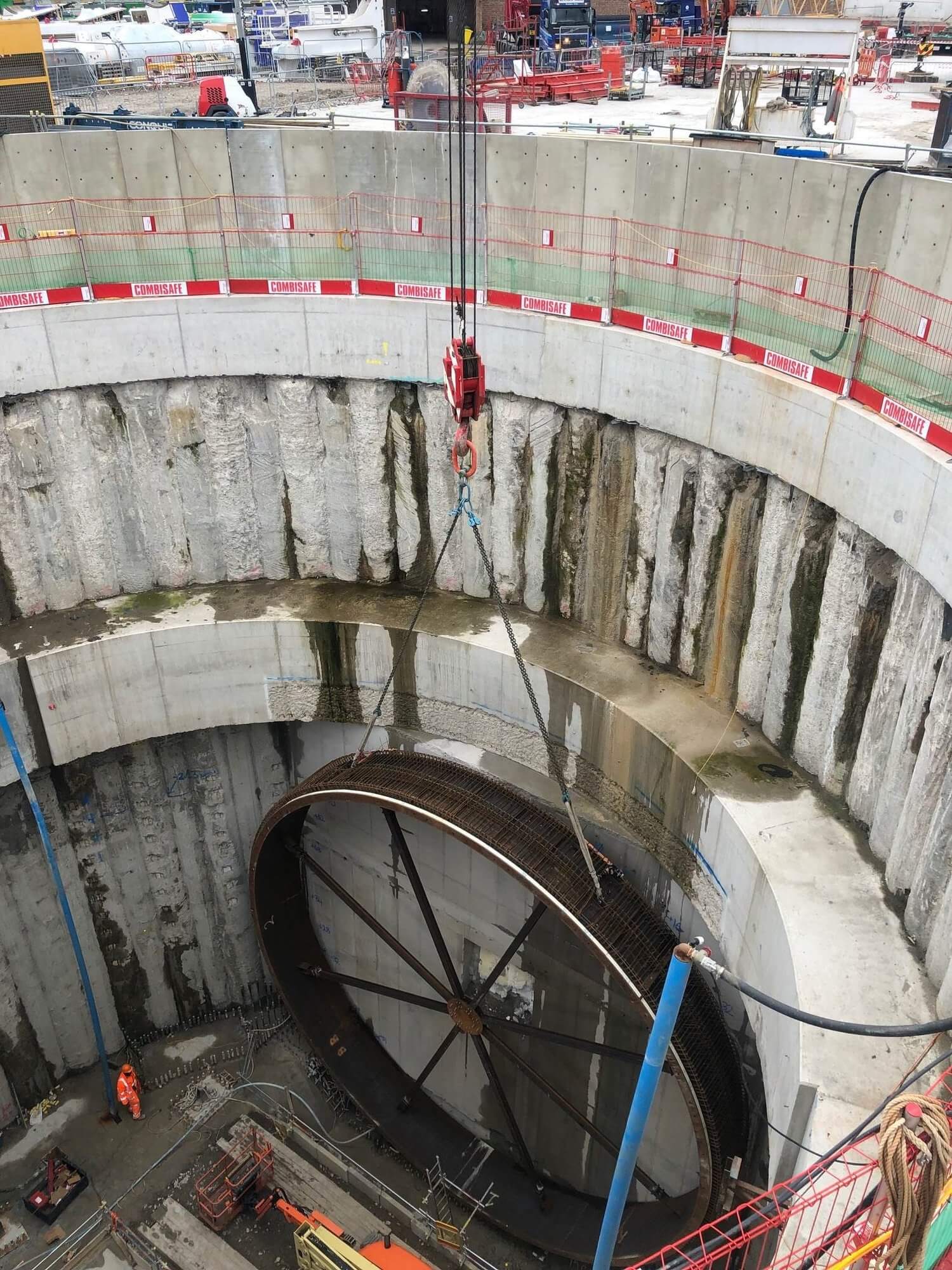