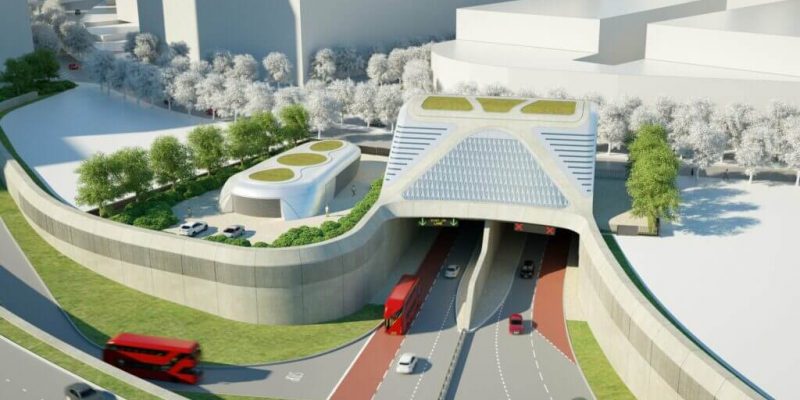 Carrying a remarkable amount of materials by river successfully, is a significant act as Lunt told NCE’s Festival of Tunneling, as the quantity of delivered waste and material to or left the site on barges was more than 120,000t by October 2021 and this amount is equivalent to removing 6,750 loads from the road network.

Lunt stated: “We’ve moved a substantial proportion of materials both in and out by the river to date and that’s great. Barges aren’t necessarily the cleanest things on the River Thames but compared to the lorry movements they are cleaner.”

He also added: “We now need to think about barge movements and how we improve the emissions from river traffic. But it’s definitely a positive from a carbon perspective that we’ve moved a lot of those lorries off the road. It’s also good for the air quality issues we have in London.”

Riverlinx is ensuring the beneficial usage of the whole of 1M.t of soil that is estimated to be generated from tunnel construction.

Several thousand tons of concrete from demolitions will be re-used and 100% of suitable excavated materials will be sent away from the site via the barges, from Thames Wharf in Silvertown and Murphy’s Wharf in Greenwich.

“There are some good other initiatives coming out – trials of hybrid excavators on-site, use of cement replacement materials, and good standards around our construction vehicles,” said Lunt.

In the current month the completion of the launch chamber ahead of the start of tunneling in spring next year, will be done.

Following the completion of works on the launch chamber and counterfort foundations that is announced by Piling contractor Keltbrayas well as piling works finishing, the coming step includes digging of the launch chamber.

While the previous year was commencing date of main construction activity on the project, it was paused between March and June 2020 due to the Covid-19 pandemic.

Once completed, the 1.4km long twin-bore road tunnel will link to the A1020 Silvertown Way/Lower Lea crossing to the A102 Blackwall Tunnel approach.

The legal confirmation of this project was received by TfL in May 2018, although the contract for Silvertown Tunnel design, build, financing, operations, and maintenance was granted to the Riverlinx consortium in 2019. Ferrovial subsidiary Cintra, Bam PPP PGGM, Macquarie Capital, SK E+C, and Aberdeen Standard Investments are the subsets of this consortium.

Bam Nuttall with sister company Wayss & Freytag Ingenieurbau, Ferrovial Agroman and SK E&C are responsible for delivering the construction and these partners have appointed local sub-contractors and suppliers, with Keltbray brought in for piling.