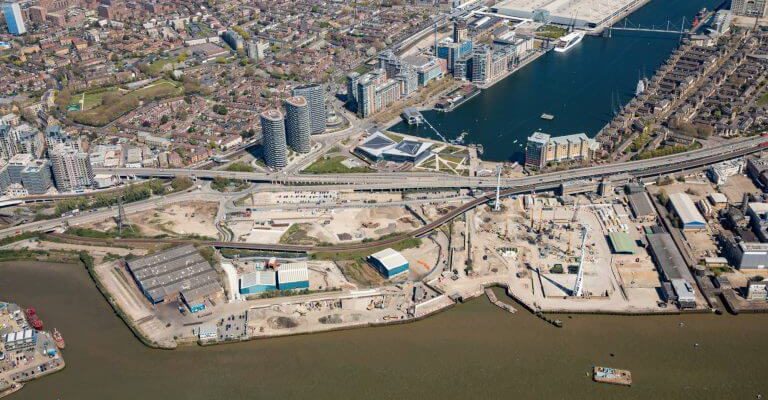 In order to divert utilities from the proposed route of the Silvertown Tunnel in London, the Riverlinx construction joint venture has appointed civil engineering and infrastructure specialist Barhale.

Conducting a six-month program of works for Riverlinx CJV, which comprises Bam Nuttall, Ferrovial Construction, and SK Ecoplant, will be up to Barhale.

It is going to divert water mains that would otherwise clash with the planned path of Transport for London’s £1bn, 1.4km twin-bore Silvertown Tunnel beneath the River Thames.

While the determined time for advancing the works is from this month until December, Barhale is due to rerouting two twin 1,400mm rising mains to allow the cut and cover construction of the northern approach to the new tunnel.

Linking the A102 at Greenwich Peninsula to the A1020 at west Silvertown, adjacent to the western end of the Royal Victoria Dock, the new road tunnel will run to the east of the 123-year-old Blackwall Tunnel once completed.

According to Barhale contracts manager Michael Faherty: “We are proud of the appointment and of the role the team will play in adding a new, vital connection within the capital. We all understand how frustrating getting around London can be at times. So, it is great to be contributing to the transformation of travel in this part of town.”

He also added: “It is a very pleasing endorsement of the skills and expertise that we bring to the table that we have been selected, and we look forward to working alongside the Riverlinx team, playing our part in delivering this world-class engineering project.”

While the assembly of the tunnel boring machine for the project is now undergoing at the Silvertown Tunnel launch chamber site, the machine’s cutterheard was lowered into the shaft last week.

The estimated date for completion of this scheme is 2025.