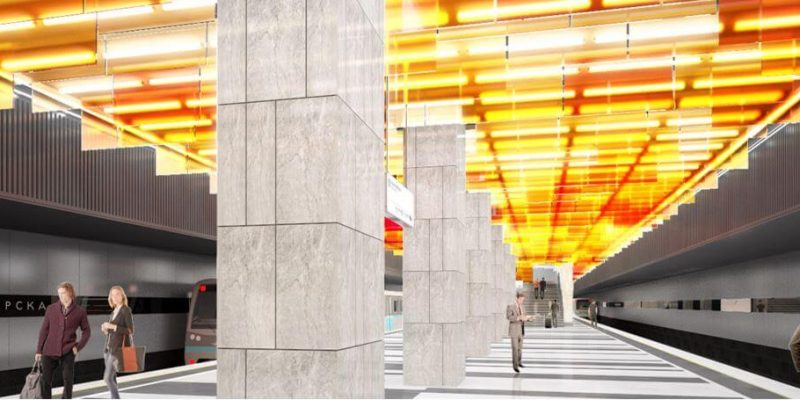 Andrey Bochkarev, Deputy Mayor of Moscow in Moscow announced that, the construction process of the section of the Troitskaya metro line of the metropolitan metro among the stations Novatorskaya to Bachurinskaya is nearly half completed.

He continued: “On the first section of the Troitskaya metro line, tunneling work is nearing completion – the hauls have already been completed by 98%. The overall construction readiness of the site today is 47%.”

According to the Deputy Mayor, monolithic works are undergoing at all five stations under construction in the section.

“The reinforced concrete structures of the Peoples’ Friendship University station are already 90% ready, at Tyutchevskaya – 83%, and at other stations – more than half,” added Andrey Bochkarev.

Additionally, in accordance with the General Director of Mosinzhproekt JSC (Mosinzhproekt engineering holding is the managing company for the construction of new lines and stations of the Moscow metro), Yuri Kravtsov’s note, around all station’s earthworks have been finished, while backfilling of pits is underway, which has already been completed at third.

Yuri Kravtsov added: “Also, in the tunnels adjacent to the stations, work began on the installation of a rigid base and the upper structure of the track. The readiness of the rigid foundation for the section is estimated at 54%, and the superstructure of the tracks is completed by 13%.” Excluding the stretch from Mamyri to Bachurinskaya, all the tunnels of the section had already been completed.

Crossing through the Southern, South-Western, Troitsky and Novomoskovsky districts of the capital, the Troitskaya metro line, with 40 km length is due to link the platforms of the Moscow Central Ring (MCC) with the urban district of Troitsk, while the scheduled passenger flow is about 100 thousand people per day, the figure od residents near the new stations are almost 1 million people and several hundred thousand more work or study here.

Linking the Cities of Santos and Guarujá Through a Submerged Tunnel