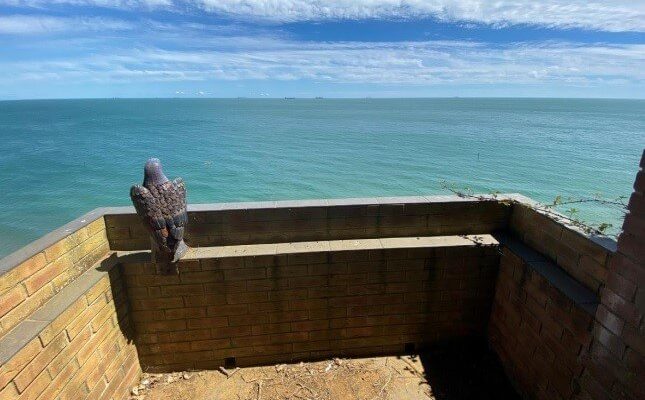 A homeowner on the Isle of Wight has presented programs for a 15m tunnel to connect their basement to a lookout point on cliffs above Sandown Bay.

Mr. R Dance, the applicant, is searching for permission to expand the current 8m-long passageway leading to a small viewing platform from his garden.

Covered under plans – marked up by Dorset-based civil and structural engineering consultants Such Salinger Peters, the tunnel would expand from the garden to a recessed area on the lower ground floor of the house at 2 Cliff Path, Sandown.

A planning statement prepared by local consultant Phil Salmon Planning stated the proposal intends to “complete the walk-through as it was originally intended in the 1920s”.

The application has been controversial locally. Lake Parish Council chair Paul Brading declared he was “strongly” against the project.

“I have lived in Sandown and Lake all my life, and everyone knows that the state of the cliff is very fragile and has got dangerously worse over more recent years,” he expressed in a formal objection to Isle of Wight Council, which will rule on planning consent.

“There are businesses and beach huts below the cliff, on the revetment, and they would be in danger if this cliff is disturbed by this tunnel.”

However, the founding director of Such Salinger Peters, Jim Peters, narrated New Civil Engineering that the works would be beneficial for cliff stability.

He pointed out: “The tunnel to the cliff face is already there,”

“We will terminate the new one 8m inland.”

He also added: “There is a large opening inside the property boundary, giving access to the existing tunnel, and that currently acts as a sinkhole for rainwater. Our project would fill this in and return it to planting that would be more beneficial for cliff stability.”

Peters clarified that the proposals are a part of the essential rework of the property’s outside space and will enable the better use of the driveway and garden by providing dry access to the vantage point.

He assumed that the lookout may have been used during World War II to hunt for signs of incoming forces. Peters described the view from it as beautiful.

The house’s basement will expand under the plans, with an open trenching building used to construct a box tunnel in the sand and gravel beneath the driveway.

The tunnel walls are said to be made from steel-reinforced concrete and faced-brickwork lining to reproduce the interior of the current passageway.

Construction Restarts on the $2.4B Los Angeles Metro Purple Line