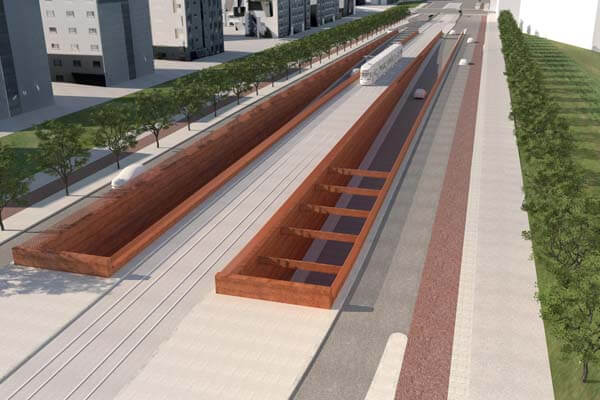 Helsinki City Council has confirmed the planning application for a 1.6km road tunnel in the Sörnäinen area of Helsinki, at a meeting on 24 November.

The £154M (€180M) project contains an underground road tunnel linking two roads – Sörnäisten rantatie and Hermannin rantatie. Its purpose is to allow additional housing development in northern Kalasatama, which forms part of Sörnäinen, and to boost the area’s environment for cyclists and pedestrians by moving through traffic under the ground.

The project is going to be developed in two phases. In the first phase, the northern tunnel section and underground structures of the 200m tunnel access ramps are going to be constructed. This part of the project could start next year and is calculated to cost about £43M (€50M).

The second phase’s planning, which contains the construction of the rest of the tunnel, is still ongoing.

The Sörnäinen tunnel has been a thorny and longstanding political issue, with opponents and environmentalists stating it will boost traffic and greenhouse gas emissions.

Timo Harakka, the Finnish minister of transport and communication and Helsinki councilor called the tunnel “useless”, saying that the area’s tram and bus connections would be better future-proofed without it. He also criticized the lack of alternative options to the proposal.

The Sörnäinen tunnel opening for traffic is expected to be in the early 2030s.