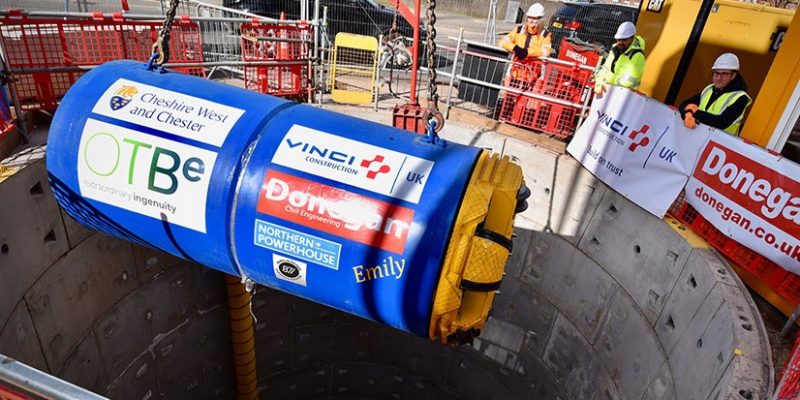 Cheshire West and Chester Council’s new 1.2m diameter and 1km long drain is going to move through the city center, along Nicholas Street, St. Martin’s Way, Castle Drive and Grosvenor Road. It will need nine access shafts spaced along the route, each one with 7m width and 12m depth.

Its aim is to decrease drain bursts and flooding in the city center and the volume of water requiring sewage treatment. Also, it can assist to reduce energy use and cut untreated sewage discharges into the river during heavy rainfall once the existing network is already at full capacity.

Andrew Lewis, the chief executive of Cheshire West and Chester Council stated that the new drain served as a “future-proof investment in Chester’s recovery from the pandemic”. It also forms a key requirement ahead of main regeneration plans, containing the Northgate development.

He added: “This is the biggest infrastructure project in Chester for decades.”

In order to minimize the disruption above the ground, more than 85% of the tunnel will be bored through a pipejacking process rather than an open cut one. The process takes advantage of a remotely controlled, laser-guided TBM, with rotating discs and cutting knives that will be driven by several hydraulic rams in the base of each drive shaft along the route.

A closed slurry system enables the bored rock to be brought to the surface separation plant and recycles the water used in the cutting process. While the TBM moves forward along the route, sections of the new drain are lowered down the shaft and pushed along the tunnel behind the TBM to form a constant watertight drain.

When the boring machine reaches the receiving shaft, it is recovered, and the process restarts to mine the next drain section. It is going to be ended at an outfall on the River Dee.

“Our contractors will be using the most advanced technology available to ensure we can work safely and efficiently to deliver this critical project,” stated Vinci Construction UK’s regional director of the northwest, Garry Bowker.

The firm is working on both the tunnelling project, plus the first phase of the Chester Northgate scheme, which will see cinema, a new market, car park and public square constructed in the city center.

Currently, work on the new drain is anticipated to be done by the end of 2021, while building the Northgate development is continuing until summer 2022.