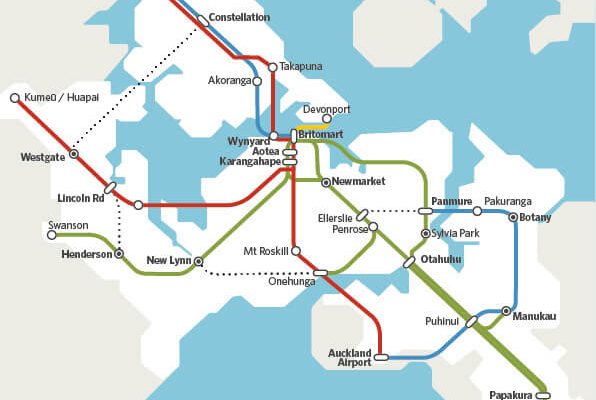 In order to plan and designing the next phases of Auckland’s expanding rapid transit network – Auckland Light Rail and Waitematā Harbour Connections, the name of two preferred bidders have been announced.

Being at different phases of extension, the planning and design of their respective projects are up to both alliances. The two transport projects are separate by the alliances will work closely to ensure an integrated and co-ordinated response to Auckland’s transport challenges.

According to Auckland Light Rail project director Tommy Parker: “Auckland Light Rail will be 24km long – half of it underground – connecting people to work and study at job centers in the city and at Auckland Airport. Light rail will be frequent, quicker, safer and more reliable, halving travel times between the central city and most destinations on its route.”

Additionally, as Auckland Light Rail and Waka Kotahi say, in order to expanding Auckland’s rapid transit system, the work is going to commence quickly on the next critical planning phases.

Parker also added: “The ALR alliance will work on a final route for light rail and proposed locations of up to 18 stations. It will also develop light rail’s final Corridor Business Case, building on the Indicative Business Case developed by the Auckland Light Rail Establishment Unit, as well as look at how the system will be built and prepare the consents needed for construction.”

He also asserted: “This will encompass all modes including light rail, buses, connections for walking and cycling, vehicles and freight, along with determining the future use of the Auckland Harbour Bridge. These long-term solutions will require significant investment and involve complex large-scale construction, anticipated to take more than 15 years of design and construction work.”