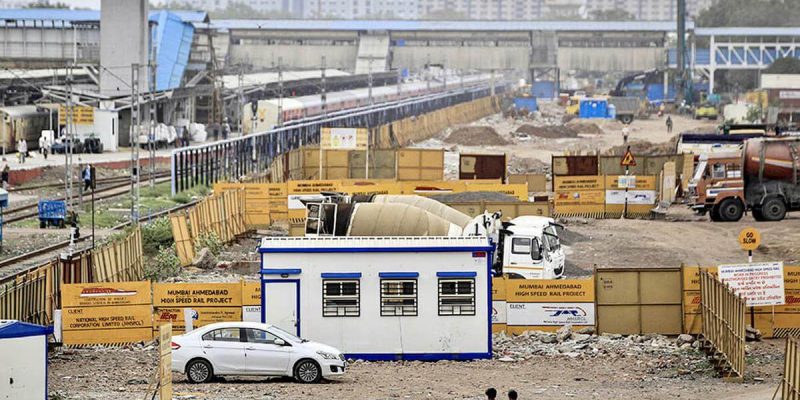 As reported, the bid is for tunneling operations using TBM (Tunnel Boring Machine) and the New Austrian Tunneling Method (NATM). The tunnel would be between the underground station at Bandra-Kurla Complex (BKC) and Shilphata in Maharashtra. Nearly 16km of the tunnel, which is going to connect the Mumbai underground station at Bandra Kurla Complex and Shilphata in the Thane district of Maharashtra, is going to be constructed by using three, 13.1m diameter boring machines, and the remaining 5km by NATM. The single tube structure, accommodating twin tracks, is said to be 25 to 65m under ground level and the deepest point is anticipated to be 114m beneath the Parsik hill near Shilphata.

NHSRCL mentioned: “The 7-km (approx.) undersea tunnel at Thane Creek would be the first undersea tunnel to come up in the country. The tunnel would be a single tube tunnel to accommodate twin tracks for both up and down tracks.” They added that 39 equipment rooms at 37 locations would also be built adjoining tunnel locations as part of the package.

The 508km high-speed line is going to link Mumbai with India’s several largest cities to the north in Gujarat. The line is said to have 12 stations and is going to accommodate India’s first bullet trains, which are going to move at speeds up to 320km.

It is the third time which NHSRCL has opened tenders for Package C2. Their first launch in 2019 failed to attract any interest. A second invitation was launched in November 2021 but canceled three months later due to issues over land acquisition for TBM launch shafts and uncertainty over the site for Bandra Kurla Complex Station where a pop-up Covid hospital was constructed in 2020.

As reported, the Indian government has received a loan from the Japan International Cooperation Agency towards the cost of the high-speed rail project.

Bids will close on January 19, 2023. For further details on the tender requirements, click here.

Denmark and Germany are Constructing the Longest Immersed Tunnel