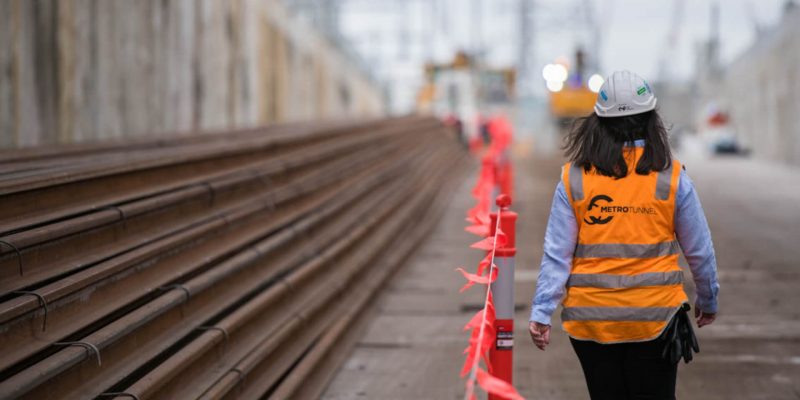 Considering crews’ efforts in order to lay track through the completed tunnels, which is a step closer to enabling more than half a million extra passengers per week on the rail network, the city-shaping Metro Tunnel Project has arrived a new stage of construction.

Due to readiness for installing rail systems and tracks through the project’s twin tunnels with 9km length, in the previous week the first of around 40km of rail has been delivered on freight trains to the Metro Tunnel’s western entrance.

Commencing from crews laying 4,000 high-performance precast concrete panels through the twin tunnels, installing the track will long up to a year, while there are 300 different panel shapes to account for the varying curvature and elevation of the tunnels as they wind from Kensington to South Yarra up to 30m underground.

Installation process of 165m lengths of steel rail is going to start from mid-2022 by crews and they will gradually clip them to the concrete panels and weld them together to form a continuous rail line along the length of the tunnels.

Moreover, installation of features such as escalators and lifts and fitting out back-of-house equipment rooms, will also be done at the 5 new stations including Arden, Parkville, State Library, Town Hall, and Anzac. The station platforms are taking shape, along with ceilings, stairs, walls, and mechanical and electrical systems.

Providing extra capacity for over half a million passengers weekly during rush times across the city’s train network, will be the advantage of the Metro Tunnel project once it inaugurates in 2025.