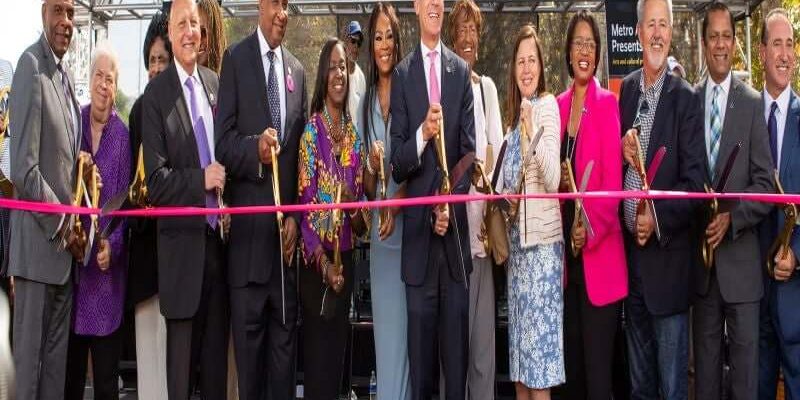 It is claimed that the Metro has made the single largest transportation investment in the South Los Angeles region with the new line.

In Los Angeles, the Metro K Line, which cost $2.1 billion and was previously known as the Crenshaw/LAX Project, has officially opened.

A ninth station will open near LAX in 2024 and an eighth station is scheduled to open at Aviation and Century next year.

Since the construction of the Metro A Line (Blue) and C Line (Green) over 25 years ago, the new line is claimed to be the Metro’s single largest transportation investment in the South Los Angeles region.

Eric Garcetti, the mayor of Los Angeles, stated: Today, we are realizing a dream that Mayor Tom Bradley started and that countless community leaders and elected officials have been working toward for decades: world-class South Los Angeles public transportation.

“Angelenos generations from now will recognize the opening of this line as a new chapter in the history of Los Angeles’ transportation – as a moment when we opened doors of opportunity to communities that had been ignored for too long, and put our commitment to making Los Angeles a city that is more inclusive, accessible, and sustainable on the fast track.” This line was opened in order to provide a means for the city to connect its many neighborhoods.

The East San Fernando Valley Light Rail Transit Project is currently going through the procurement process. Its goal is to use rail to connect the center of the Valley to West Los Angeles.