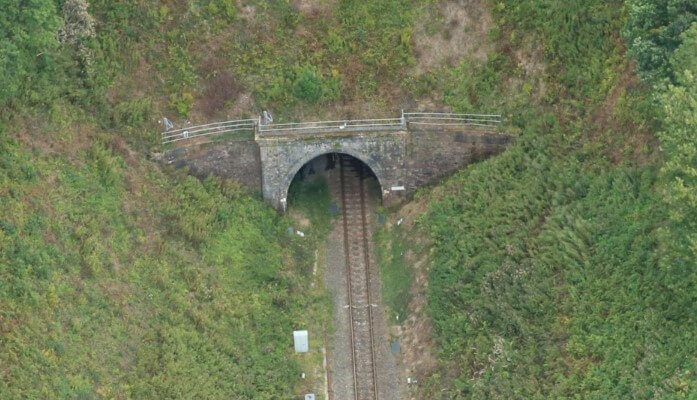 In order to upgrade tunnels and prevent landslides on a section of railway line in Devon in September, Network Rail is going to carry out £5M worth of work.

Locating between Axminster and Pinhoe, the South Western Railway line will be halted for five days to give engineers uninterrupted access to the railway.

Landslide preventing work at Honiton Tunnel and stabilizing the earth around its embankments, will be some of these tasks. Although in order to monitor movement Network Rail has installed small electronic sensors in the ground at the tunnel, Honiton Tunnel is one of the most at-risk sites in the south of England.

Additionally, the operation of installing two retaining walls 32m and 16m in length, and sheet piles to protect the Devon line from lengthy closures caused by landslides will be done by Network Rail. Engineers also are due to carry out vital track maintenance to give customers a more reliable train service.

Improving existing drainage systems and installing a new one, will be on top of these services while strengthening the cutting and the improved drainage will make the line more resilient to extreme weather and heavy rainfall.

East Devon District Council will also use the railway closure to complete a huge project to protect 65 homes in Feniton from flooding.

According to Network Rail’s Wessex route director Mark Killick: “The West of England line is a key part of the railway on Southern region so it’s vital we continue to invest to give our customers the reliable service they deserve.”

“The upgrades that Network Rail is carrying out will significantly boost the reliability and resilience of a vital part of our network,” said South Western Railway’s commercial director Peter William.

As a part of a series of main upgrades planned for the West of England line which add up to millions of pounds of investment, the upgrades are aimed to make journeys more reliable for customers for years to come.

The determined date for Network Rail’s activities on this line is among Monday 19 and Friday 23 September.

Similar earthworks will be carried out along the route in December and there is another extended line closure next year too.