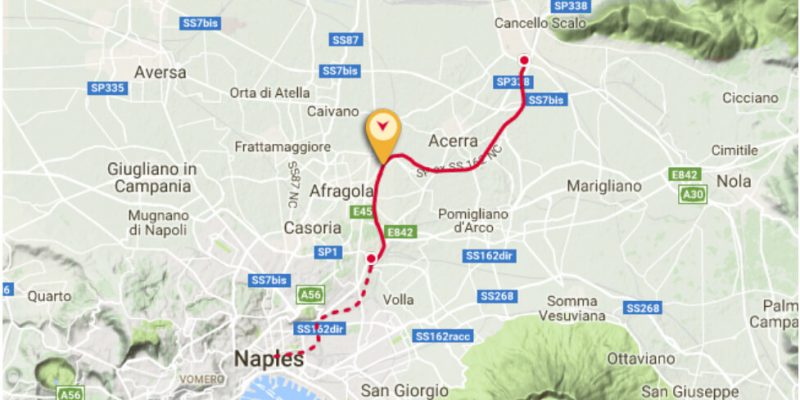 Connecting Maddaloni and Valle di Maddaloni, on the Cancello-Frasso Telesino section of the Naples-Bari High Speed/High Capacity line, the last breakthrough was achieved for the 4km Monte Aglio tunnel on 22 June. Considering that the tunnel and other civil works along the section have been completed, and also due to the initial phase of activation of the Cancello-Frasso Telesino line, using the direct connection between Naples and Bari will be possible by 2024.

Representing the first and most progressed work that the FS Group’s Infrastructure Hub is carrying out to upgrade the railway network in Southern Italy, the new line, which is a part of the European TEN-T Scandinavia-Mediterranean Railway Corridor, has been financed with funds from the PNRR (Italy’s National Recovery and Resilience Plan). Its completion speeds up and improves the direct transversal connection between the Tyrrhenian and the Adriatic Seas, whilst bettering connections between Puglia and the innermost provinces of Campania with the Milan-Rome-Naples High Speed/High Capacity line.

The contract for the Cancello-Frasso Telesino section, under the supervision of Italferr, was granted to CFT Consortium, including Impresa Pizzarotti & C. SpA, Itinera SpA, and Ghella SpA by RFI in 2017. Benefiting the traditional methods, the digging process was completed, while adopting monitoring systems allowed work to be implemented in complete safety – 24 hours a day, 7 days a week. At the moment total advancement along this section is at 60%.

The total determined budget for Naples-Bari High Speed/High-Capacity line, for which Rete Ferroviaria Italiana is the client and Italferr is responsible for the preliminary and final design, is EUR 5.8 bn. It is also being financed with PNRR (Italy’s National Recovery and Resilience Plan) funds. Moreover, it is estimated that upon completion of the last Hirpinia-Orsara railway lot, the journey from Puglia to Naples and Rome is going to be even quicker by 2027. Indeed, it will be possible to depart from Bari and reach Naples in 2 hours or Rome in 3 hours and head from Lecce or Taranto to the capital in 4 hours. Before this date, however, progressive reductions in journey times are expected, thanks to the phased opening of the new sections of the line, starting with the new direct connection in 2024.

Due to the commissarial management activities a significant acceleration of the works, leading to the completion in 2017 of the first two interventions along the route, has been done, which are the Naples/Afragola interchange and the Bovino-Cervaro railway lot. While the construction process of the sections of Napoli-Cancello, Cancello-Frasso, Frasso-Telese, Telese-San Lorenzo, San Lorenzo-Vitulano, and Apice-Hirpinia is in undergoing now, from July 2022, work is due to also commence in the Hirpinia-Orsara and Orsara-Bovino railway lots.

For further information please visit their website and also watch the video below: