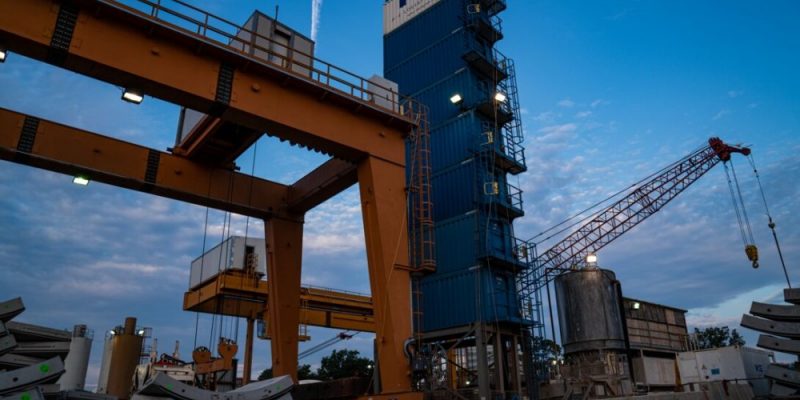 The Lane Tunneling schemes run in one of the main industries that impact the country’s more effective and sustainable infrastructure. Iconic past projects such as the Lake Mead Intake, Anacostia River Tunnel, Portland CSO, San Francisco Underground, and many others have established the prestige of the company in Tunneling. The massive machines used in these projects are tunnel boring machines, or TBMs, that excavate tunnels through all types of soil.

Lane’s North East Border Tunnel in Washington, D.C., most recently. A custom TBM was used to dig a 27,000-foot long tunnel under the capital of the nation, while the Three Rivers Safety & Overflow Mitigation Tunnel (3RPORT) is approaching completion of a 24,000-foot long tunnel designed in Fort Wayne, Indiana by means of a Slurry TBM. In Cleveland, Ohio, Lane’s Dugway Storage Tunnel project uses a TBM to dig a 14,800-foot long tunnel with the goal of reducing the amount of environmental waste in Lake Erie.

The new tunneling project awarded to Lane in King County, Washington, is the Seattle Ship Canal project. Project workers are currently working on the excavation of a 13,000-foot long tunnel planned to help the project annually keep more than 75 million gallons of contaminated stormwater and waste out of streams and rivers. The TBM used for the Seattle Ship Canal project is a Herrenknecht-constructed 70-ton Earth Pressure Balance. The construction, testing and shipping of a TBM for a project is a long process. Usually, for a smaller machine, the process from start to finish is 12 to 15 months, and up to 2 years for a bigger, more sophisticated machine. Many factors, including material sourcing, environmental conditions, and budgeting, come into play during the construction of a custom TBM.