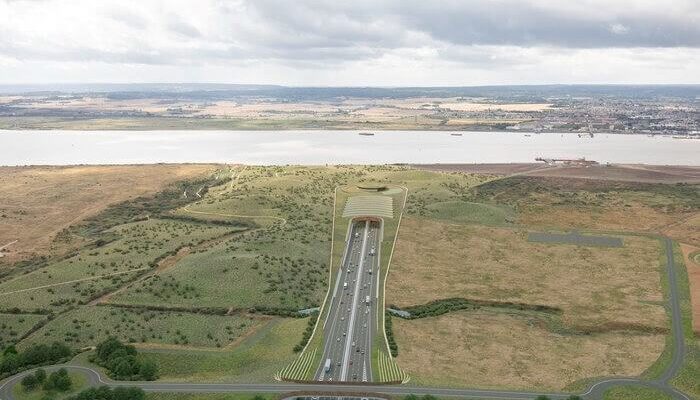 It has been two years since Highways England withdrew its primary DCO application to the Planning Inspectorate for the Lower Thames Crossing.

The statutory consultation for the project goes back to 2018, with extra consultations since. In October 2020, an S46 notice of pre-application was lodged but the Planning Inspectorate declared that the application lacked obligatory details and so it was withdrawn.

Highways England was assumed to take no more than four months to finish the paperwork decently, yet it has taken two years.

The Planning Inspectorate has approved that it received an application for the Lower Thames Crossing eventually on 31st October 2022.

The £8.2bn project contains building a twin bored tunnel beneath the River Thames to the east of Tilbury and Gravesend, as well as 14.3 miles of new roads to connect it to the M25 and A13 (to the north of the rover) and the M2/A2 (to the south). As its length is 4.3km, it will be the longest UK road tunnel, and as its diameter is over 16 meters, it will be the widest tunnel in Europe.

As reported, three bidders are nominated to construct the tunnels:

Also, below are nominated bidders for the road construction packages:

Since the planning application has been submitted, local authorities in the area have 14 days to submit what is known as the adequacy of consultation representations to the Planning Inspectorate. The Planning Inspectorate is going to be done a further 14 days before declaring by 28th November whether it deems the latest application acceptable to proceed to the examination stage of the process.

National Highways’ director for the Lower Thames Crossing, Matt Palmer, pointed out: “We’ve carried out a huge programme of engagement and consultation with our stakeholders and communities to improve the design of the Lower Thames Crossing and reduce our impact on our neighbours and the environment. We’re grateful to our stakeholders and local communities for taking the time to give us feedback and help us shape our route and how we will build it.”

Laura Blake, the group’s chair, claimed: “We know that failure to deliver the LTC project is an existential threat to National Highways, their own report stated as much. We can only assume that is why they have pushed ahead with resubmitting the DCO application despite a lack of adequate consultation, and evidence that the project would not deliver the scheme objectives.”

She also added: “This is a hugely destructive and harmful project, that would not solve the problems at the Dartford Crossing, is not fit for purpose, and now estimated to cost in the region of at least £10bn would be a complete waste of taxpayers’ money. Our local authorities, MPs and many major organisations and groups have concerns just like us. The fact National Highways have pushed ahead with the resubmission wreaks of desperation for a project that is hanging by a thread and should be put out of its misery. We need and deserve better.”