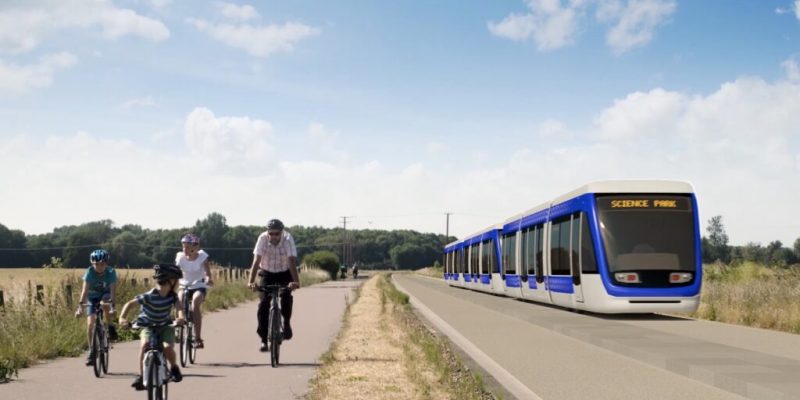 An authority on soft-ground tunnelling and Cambridge University Emeritus Professor of Civil Engineering and Director of Research, Lord Robert Mair, has been appointed chair of One Cam – the company that is going to deliver the CAM (Cambridgeshire Autonomous Metro).

CAM is currently intended as a world-leading regional public transport network linking settlements across the region with Cambridge city center. Planned to be delivered over the next decade, the Cambridgeshire Autonomous Metro network will include both surface sections and tunneled, and it is expected from it to promote long-term regional economic development.

Underground tunnels and stations beneath the city will form an essential component of the plan. The line will link with planned major city-center interchange hubs, containing Cambridge railway station. Regional lines will branch off to link Alconbury, St Neots, Haverhill and Mildenhall with the city.
It is expected from the project to use a sustainable, technologically advanced, highly flexible trackless electric vehicle.

Lord Mair’s appointment to One Cam has been confirmed by the Cambridgeshire & Peterborough Combined Authority. In the past, Lord Mair was President of the Institution of Civil Engineers from 2017-2018 and one of the founding directors of the Geotechnical Consulting Group.

Another Breakthrough for Tideway Project