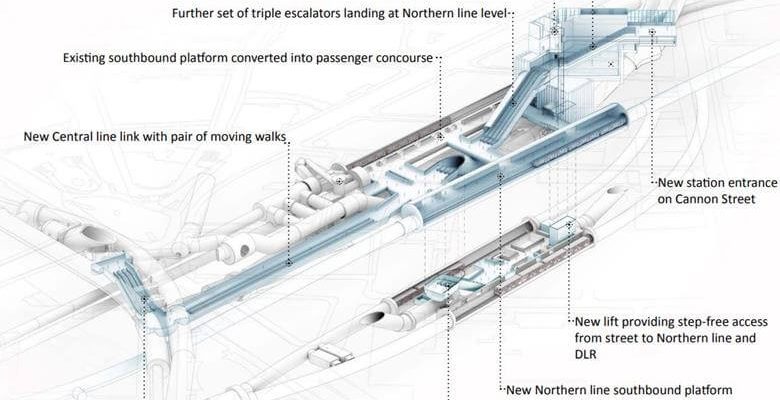 Following a 17-week closure as part of a complex £700m project to provide a 40% increase in capacity at Bank station, the Bank branch of London Underground’s Northern Line reopened on 16 May.

Using by over than 120 million passengers in a normal year and considered the third busiest interchange on the Underground network, the interlinked Bank and Monument station complex is located in the heart of the City of London.

According to Stuart Harvey, Chief Capital Officer at Transport for London: “It is labyrinthine layout can be confusing and time-consuming to navigate.” 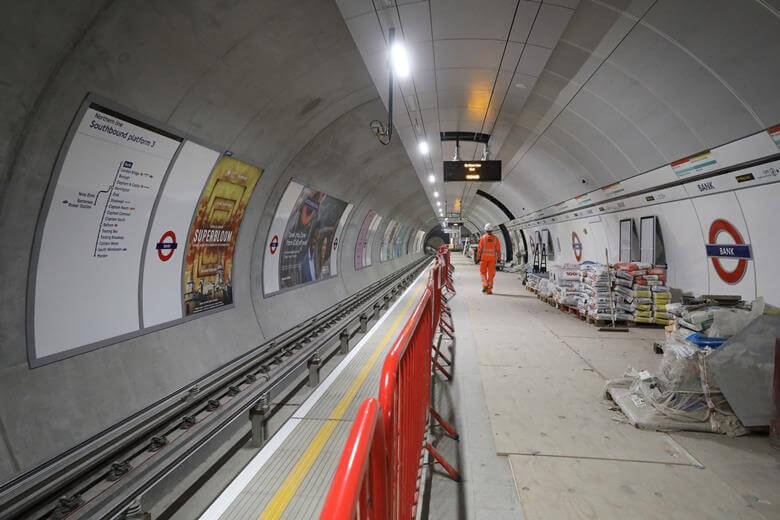 Dragados was the selected company as the design and build contractor for the Bank Station Capacity Upgrade project in 2013 after an innovative contractor engagement procurement process, while the main works commenced in April 2016. 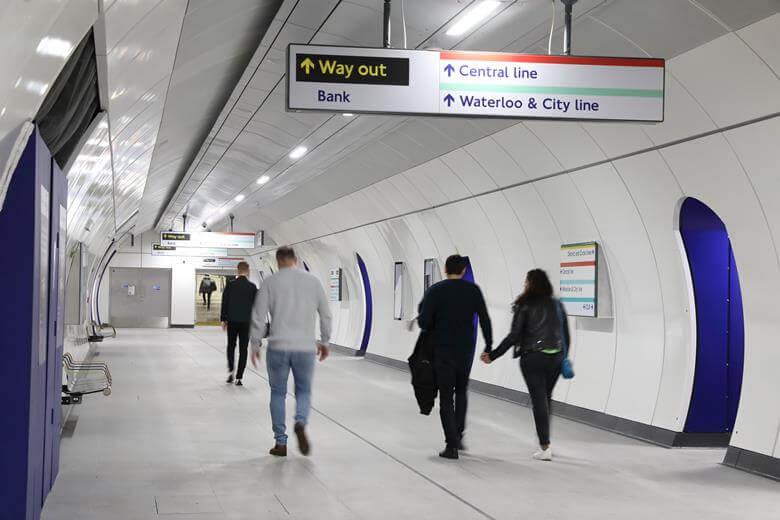 Enabling the conversion of the former southbound platform into a concourse to provide more space, a new southbound running tunnel has been constructed and was connected to the available line during the closure.

Step-free access to the Northern Line, advanced access to the Docklands Light Railway, two new moving walkways, 12 escalators, and two lifts, will be the more improvements which are going to be completed later this year. Additionally, there will be more direct routes within the station and a new entrance on Cannon Street.

The closure of the Bank branch was used as an opportunity to carry out work at other stations including London Bridge, Borough, and Elephant & Castle. 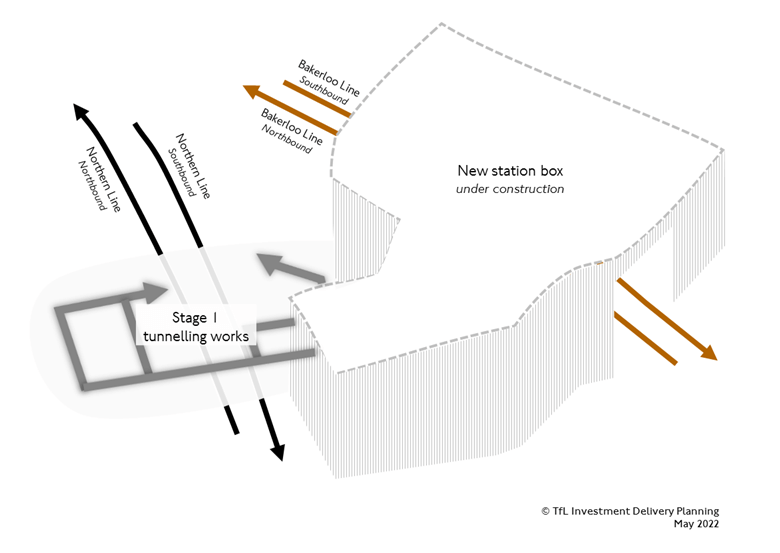 Moreover, implementing the works for the future Elephant & Castle station modernization are parts of this scheme, which is to be funded by the Greater London Authority, London Borough of Southwark, and local developers. A prior information notice has been released for the design and construction of passenger tunnels which are due to link the existing platforms to a new station box to be built by property developer Elephant & Castle Development UK Ltd, and civil works associated with the completion of the box.