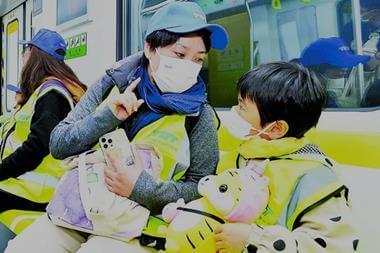 The line is 21.2 kilometers long, connects 21 stations, including six interchanges with other lines, and runs from Yutai in the southwest to Yudongcheng in the northeast. Services are at first working from 06.00 to 23.50, with 5 min headways in the peak times and 7 min at different times.

A fleet of six-car Type B trainsets provided by CRRC Sifang runs the line. These are 118.3 meters long and can go 80 kilometers per hour. The vehicles, which have bodies made of stainless steel, have batteries that allow them to move around the depot or get to the next station if the power goes out. A radar-assisted anti-collision system is also included.

Line 10 construction began in July 2016. Both ends of the extension are currently being built, adding 1.3 kilometers and one station west of Yutai and 3.3 kilometers with three stations north of Yudongcheng. The line is expected to receive additional extensions, bringing its total length to 43.2 kilometers.

The opening of Line 10 has brought the functional length of the Tianjin metro organization to 286 km with 181 stations.