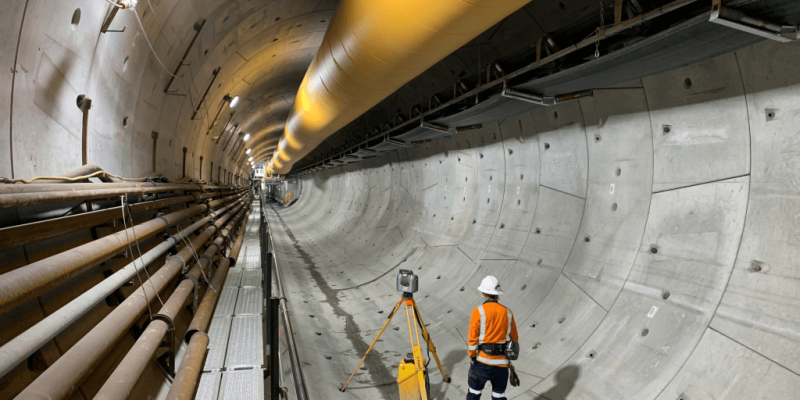 On Friday 1 October, this TBM, which is operating by CRL’s main contractor, the Link Alliance, attained its 500m milestone under Symonds Street in Auckland’s uptown district.

In the last days of May 2021, Dame Whina Cooper’s journey commenced beneath Auckland at Mount Eden to excavate CRL’s southbound tunnel, following 35m tunneling below the surface.

In coming days this TBM’s drive path will continue from under Auckland motorway’s Spaghetti Junction and is due to reach its first destination of Karangahape Station by the end of the year, while then it will dig on to the Aotea Station in central Auckland – a whole journey of 1.6km – to meet the section of CRL tunnels already constructed from the Britomart transport hub. Aotea is its destination early in the new year.

Following this, the TBM will return back to Mt Eden and will begin excavating the second tunnel in 2022.

Due to New Zealand’s five-week Covid lockdown, announced in August 2021, the tunneling process was postponed forcing the TBM to operate at well below full capacity.

He continued: “Getting there so soon after the level four lockdown ended is a great achievement and demonstrates the persistence and hard work of our teams above and below ground to get the tunnels built.”

“This is fabulous news for the project, and for Auckland too. There’s a lot of dedicated work behind this – and we’re telling Auckland we’re not going to be stopped by all the challenges the pandemic keeps throwing our way,” stated City Rail Link’s chief executive Sean Sweeney.

New Zealand’s the largest transport infrastructure project, that is undergoing, is CRL with NZ$4.4bn (£2.3bn) value. While project chiefs have given notice about the significant consequences of the pandemic, the scheduled date for the completion of this project is 2024.