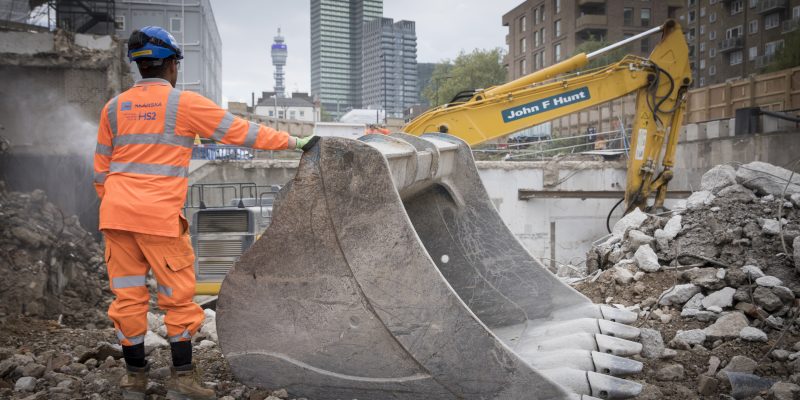 After about 10 years of development work and planning – construction has officially began on HS2, Europe’s largest infrastructure project.
On 4th September, the transition point marks from enabling works, scheme design and preparatory work to full-blown building of the high-speed railway. This follows the announcement to proceed given by the United Kingdome government in April to the four main civil contractors.

By providing a significant boost to UK economy still reeling from the aftershock of the coronavirus pandemic, it is expected to have a total of 22,000 jobs to be created as a result of the project.

Prime Minister Boris Johnson stated: “As the spine of our country’s transport network, the project will be vital in boosting connectivity between our towns and cities.” He also added: “But HS2’s transformational potential goes even further. By creating hundreds of apprenticeships and thousands of skilled jobs, HS2 will fire-up economic growth and help to rebalance opportunity across this country for years to come.”

The Department of Transport has estimated the costs for the 140 mile/225km route Phase 1. They claim that it will be between £35-45bn with passenger services expected to partly begin between Birmingham and Old Oak Common sometime between 2029 and 2033. It is expected to start the full Phase 1 services to and from Euston between 2031 and 2036.

Connecting the West Midlands with London, Phase 1 will have ten TBMs working on the project. By having 32 miles of tunnel, the London tunnel will be the longest at 21km long and 62m deep; the Chiltern tunnel at 16km long will be the deepest at 90m max depth.

Construction work will start with the greatest challenges – the stations and tunnels – followed by the bridges and viaducts, then other surface work. The project will also need more than 50 viaducts to be constructed, containing the one proposed across the Colne Valley which, at more than two miles long, will be the longest in the UK.

Work Starts in Denmark on the Nordvahn Tunnel