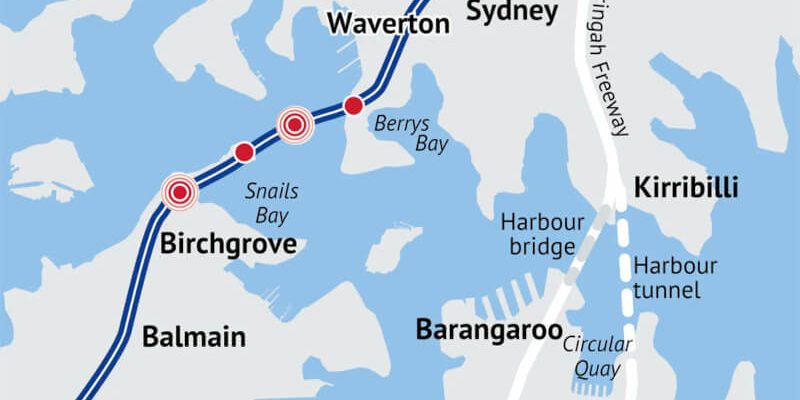 As a part of Sydney’s WestConnex road project, tunnel digging has been completed on the Rozelle Interchange.

Awarding A$722m (US$493.5m) contract, the John Holland and CPB joint venture (JHCBP) will currently move on to the Western Harbour Tunnel (WHT) enabling works. Stretching from Rozelle to Birchgrove, it is due to build almost 1.7km of tunnels as part of the project’s Southern Tunneling Works. This involves excavation and lining of the WHT-driven tunnels, including ventilation tunnels, between the stubs provided by the Rozelle Interchange and Birchgrove Oval.

Linking the Rozelle Interchange with the Warringah Freeway in the north of the city, the WHT, which is a 6.5km twin tunnel, is going to be a second road tunnel beneath Sydney Harbour.

As Australia’s largest infrastructure project, WestConnex connects western and south-western Sydney with the city, airport, and port in a 33km continuous motorway.

According to New South Wales premier Dominic Perrottet: “Rozelle Interchange would be a critical link in Sydney’s road network. This milestone represents a major piece of the jigsaw coming together as we move another step closer to a better-connected Sydney, one with safer and less congested roads.”

“The Rozelle Interchange would transform travel for motorists across Sydney. Rozelle Interchange is the final and signature component of the WestConnex project, which will ease congestion on the road network and provide Sydney motorists quicker and safer trips,” said Minister for metropolitan roads Natalie Ward.