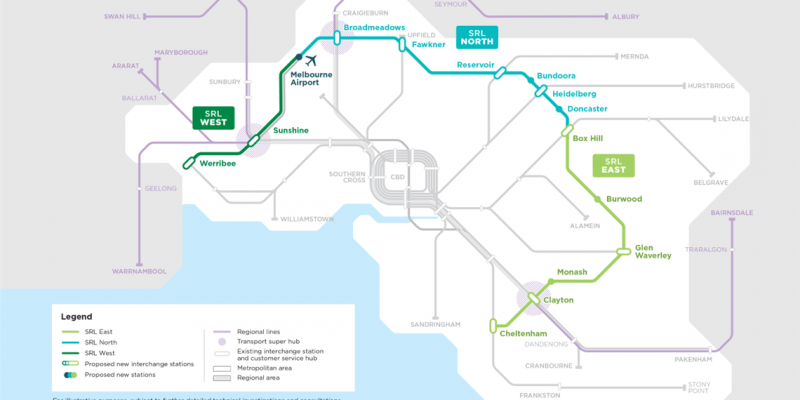 The AUD$500 million (US$357 million) Initial Works and Early Works package for SRL in Melbourne has been awarded to the contractor Laing O’Rourke.

It will make the sites ready ahead of twin-tunnel boring for the 26km eastern section of the Suburban Rail Loop, set to run from Box Hill south to Cheltenham, connecting six new stations.

Suburban Rail Loop has been called a “once-in-a-generation opportunity to shape the future liveability, productivity, and connectivity of Melbourne.”

This contract is a part of the large package of works that the government of Victoria state, where Melbourne is placed, is supplying to develop transport connections. Victoria is supplying new funding of A$9.3 billion (US$6.6 billion) to construct SRL East, which it has the purpose to open for operations in 2035.

Work begins next year and is anticipated to generate 800 jobs – approximately 14% of the total hours is going to be done by Victorian apprentices, trainees, or cadets.

Daniel Andrews, the Victoria’s Premier stated: “We told the Victorian community we will get this project started – and we’re getting on with it.”

He also asserted: “The Suburban Rail Loop is not just a rail line – it delivers opportunities for Victorians to live close to work, more access to education and services and supports thousands of new jobs at a time our state needs them most.”

Frafjord Tunnel Upgrade (no/281) has been Awarded