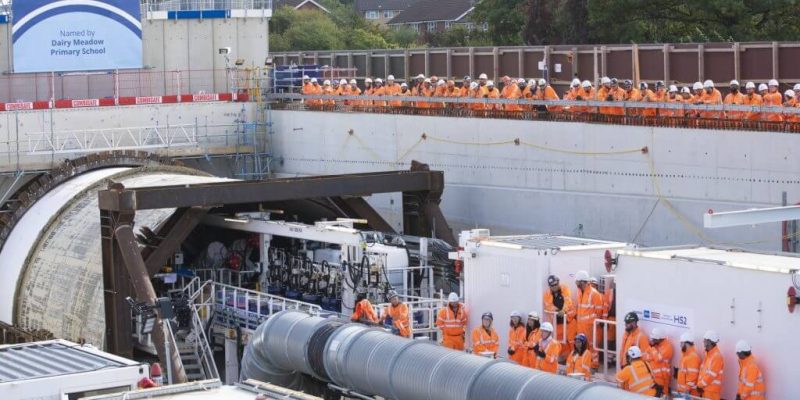 High Speed 2 (HS2) has launched the first of six TBMs that is going to excavate over 26 miles of tunnels beneath London.

This is the fourth of 10 HS2 TBMs to be launched. The machine named Sushila in respect to a local science teacher Sushila Hirani, is going to spend non-stop 22 months excavating an 8km tunnel from the West Ruislip in the London Borough of Hillingdon to Greenpark Way in Greenford where it is going to be disassembled and lifted from the ground.

Later this year, Caroline, second tunnel boring machine, will also be launched from the same site to construct the second of HS2’s twin-bore tunnels towards the central London. The TBM is named after 18th century astronomer Caroline Herschel. 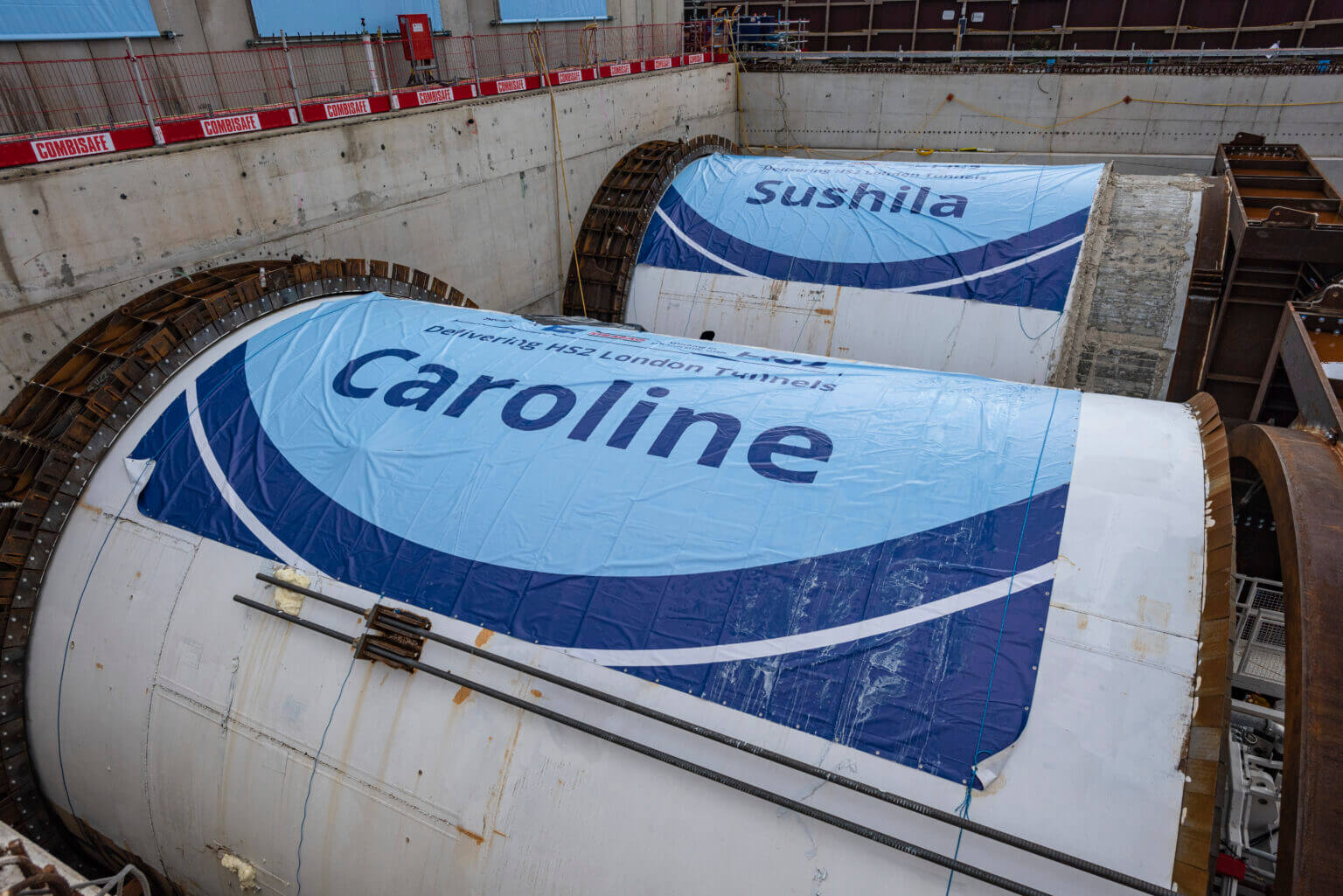 Local school children from Dairy Meadow Primary School in Southall and Brentside Primary Academy helped name the TBMs after participating in workshops about the tunnelling work.

Weighing over 2,000t and measuring 140m in length, each TBM has a 9.84-metre diameter cutter head. Each of them is going to be operated by 15 people, working in shifts. A total of 1.2 million cubic meters of bored material will be removed, weighing 2.46 million tons.

Both machines have been manufactured by Herrenknecht in Germany and will be operated by Skanska Costain STRABAG JV (SCS JV).

Managing Director of Skanska Costain STRABAG JV, James Richardson, stated:
“We now start one of the most complex parts of HS2, tunnelling from here at West Ruislip towards Euston beneath one of the busiest cities in the world.

“The huge team effort has enabled some of the most advanced TBMs ever built to be launched.

“Our team has brought together world class skills along with developing many new people to the industry working on this crucial national infrastructure project.”

Independently, two other equally giant TBMs will set off towards Greenpark Way from HS2’s Victoria Road site in 2023 to construct a further 5.4km twin-bore tunnel.

HS2 CEO, Mark Thurston, commented on the launch of the TBM: “The launch of the Tunnel Boring Machines on the longest section of tunnels through London is a significant moment for HS2, and one that demonstrates the momentum that has built behind Britain’s flagship levelling-up project.

“The construction of 170 miles (273km) of new high-speed railway between London and Crewe is now in full swing, supporting 27,000 jobs, nearly 1,000 apprenticeships and contracts for over 2,500 businesses.”