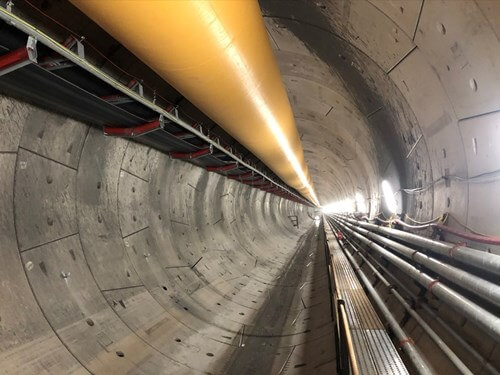 While three large machines are working on this project, the tunnel boring machine (TBM) Beatrice is the last one and has finished work on the second intake tunnel, which is due to bring cold water from the Bristol Channel into the power station.

Achieving this landmark has been announced on LinkedIn by Civil and geotechnical engineering consultant OTB Engineering. The main contractor Balfour Beatty and client EDF were under the support of the company during the process of launching and operating the three Herrenknecht earth pressure balance TBMs used to build a total of 8.8km of tunnels under the Bristol Channel.

In order to bore the outfall tunnel in October of last year, TBM Emmeline completed its 1.8km drive, whereas December 2020 was the date that TBM Mary completed the first intake tunnel. Stretching 33m below the seabed, both intake tunnels are 3.5km long.

Totally, 6,000 rings, made up of 38,000 concrete segments, form the walls of the three tunnels. These were created with reinforced segments, with grout injected to secure them in place and the overall amount of the TBMs’ digging is around 900,000t of earth.

The determined transfer capacity of these tunnels will be 120,000L of cooling water per second.

Additionally, the other advancement of Balfour Beatty has been achieved with the placement of the intake and outfall head structures to cap the tunnels of the water cooling system and allow water to pass in and out.

Moreover, the two 3,500t outfall heads have already been lowered into position, while EDF recently revealed images of the precision placement of the second of four 5,000t intake heads. 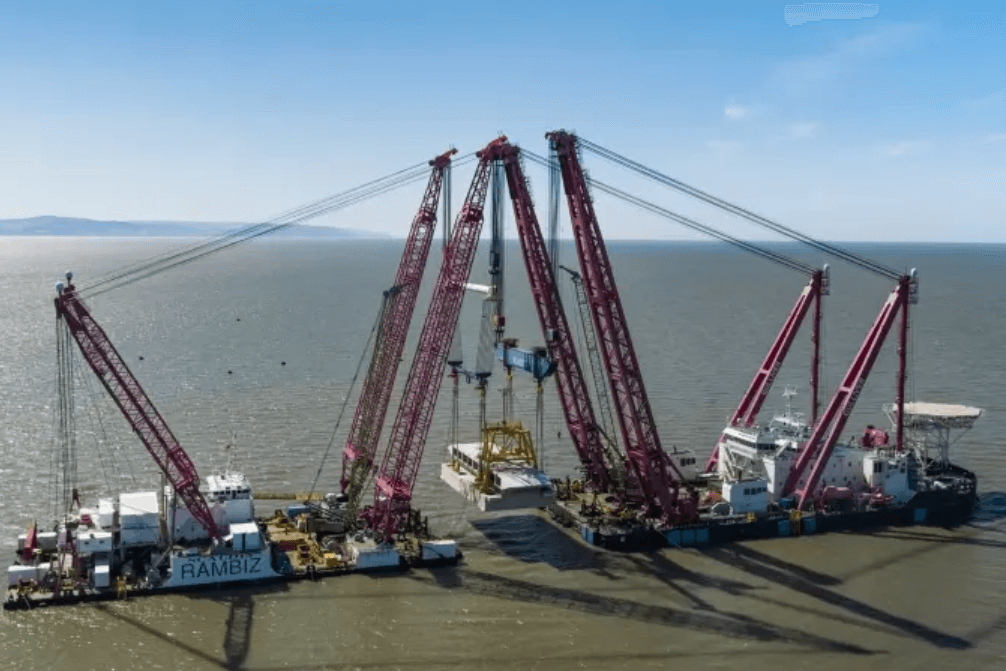 Named Gulliver and Rambiz, which are working in tandem, are the two floating cranes that have lifted each intake head with 44m long and 8m high into position. The lifting at sea is being carried out by the marine construction specialist New Waves Solutions.

The work to install all six heads will continue into the early autumn.