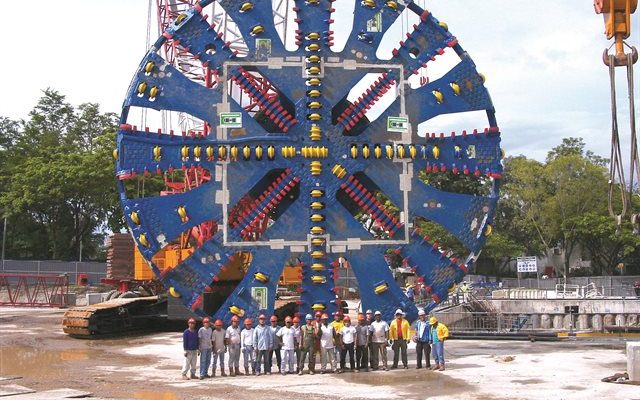 After extremely heavy rainfall caused major flooding in the Malaysian capital recently, questions have been asked that “why the SMART tunnel did not protect Kuala Lumpur”.

Also, it has been asked from the authorities to illustrate that why they did not activate the tunnel sooner. It has been claimed that the flooding could have been avoided if the storm waters had been diverted via the tunnel earlier.
The main reason of the flooding was because of torrential and ‘unpredictable’ heavy rain which saw water levels rise as high as 3 meters in some areas.

Nevertheless, experts argued that the SMART tunnel is only able to divert river run-off from two local tributaries that are Sungai Klang and Sungai Ampang. However it had decreased some of the floodwaters and stopped the Klang from overflowing, it could not answer the huge volumes of river runoff from Sungai Gombak and Sungai Batu tributaries.

Specialists warned that drainage systems can only supply a certain degree of protection, not a cast-iron flood-free guarantee. Moreover, it was discussed that flood mitigation calculations were harder to apply to the city center and other low-lying areas of the capital which saw the worst of the flooding.

Stormwater Management and Road Tunnel (SMART) is a combination of road and storm water tunnel. A highway with 3km length and double-deck four-lane sits withing the 9.7km-long SMART scheme which uses the underground space for road traffic most of the time. Though, during major storms when storm water management is needed, the car-only operation switches to enable water flow in the 11.83m tube. Reopening the highway can be done after clearing the decks from detritus.

The project was first proposed by Gamuda and MMC, concession partners, then designed by Mott MacDonald, with local company Sepakat Setia Perunding handling the flood management and hydraulics.

The tunnel that is 9.7km-long was bored by two 13.2m-diameter Herrenknecht Mixshields driving in opposite directions from near the mid-point. The construction was completed in 2007.

Winners Announcement for the Design Contract of the Llogara Tunnel, in Albany

Your Last Chance to Get Grasp of World Tunnel Congress 2020