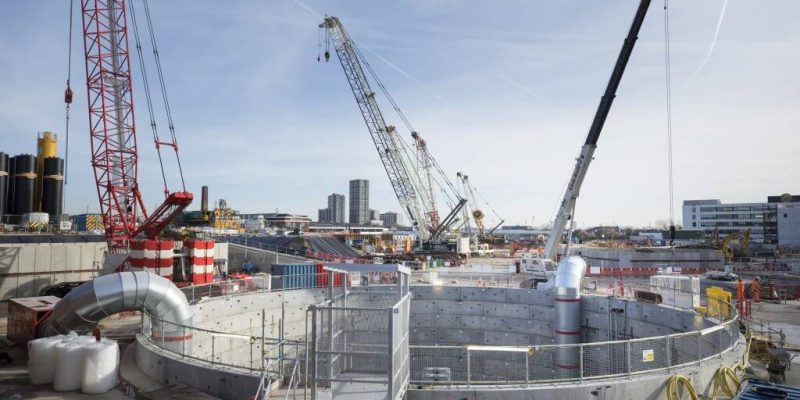 The Skanska Costain Strabag (SCS) joint venture has finished base construction on the Victoria Road ancillary shaft in London, which will give ventilation and emergency access to the High Speed 2 (HS2) Northolt tunnel.

The group at first poured a 160m3 concrete collar around the ancillary shaft. It then fabricated the first 11m of the 25m internal diameter shaft utilizing precast concrete segments, which were created by FP McCann. The last 19m were finished utilizing the concrete lining strategy.

The 30 operatives and engineers working at the site have since finished the shaft with a 3.3m thick base slab built in three different pours.

The principle pour of around 1,000m3 of concrete occurred at the end of 2021. The second and third were finished before January 2022, adding another 740m3 of concrete.

The subordinate shaft will give ventilation and emergency access to the 8.4mi (13.5km) twin drag Northolt burrow, which will run from Old Oak Common station under London to West Ruislip.

SCS JV is additionally constructing a crossover on the Victoria Road site that will allow trains to turn tracks on the way in and out of Old Oak Common station.

HS2’s project client Malcolm Codling said: “The group at Victoria Road has taken immense steps, finishing the base section of the ancillary shaft, and setting up the site for the launch of two tunnel boring machines.

“As we move into the following period of work. Soon we start to see where the rail route will go through the site, taking it from our detailed construction plans to the real world.”

SCS JV managing director James Richardson added: “We’re building eight ventilation shafts along our 13mi [21km] of twin-bore tunnels in London and this vent shaft is quick to progress to this stage.

“Work is advancing great at all our other shaft sites with the goal that they are prepared for the Tunnel boring Machines (TBMs) to go through them as our enormous tunneling program advances over the next three years.”

SCS JV will utilize the Victoria Road site to assemble and launch two TBMs that will dig the 3.4mi (5.5km) eastern section of the Northolt tunnels. The TBMs are expected to arrive sooner than expected in 2023 and will start the year program of tunneling later that year.

Two TBMs also arrived at the West Ruislip launch site towards the finish of last year, as HS2’s London leg of tunneling is set to start this year.

Starting Up the Final Snowy 2.0 TBM