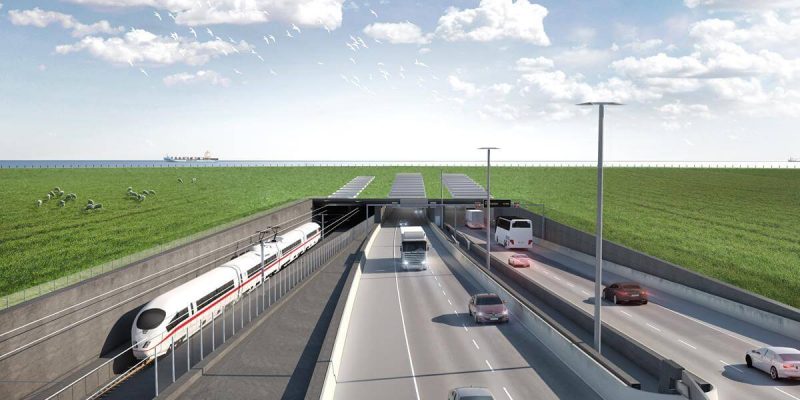 For equipping the Fehmarnbelt tunnel with advanced electro-mechanical installations and technology, Femern A/S and SICE-COBRA have signed a contract on Monday 30 May 2022.

The intended contract, which has a value of around DKK 4 billion, covers among other things such as ventilation, lighting, and safety systems in the 18 km tunnel between Denmark and Germany, while the main focus of this contract is on energy-efficient solutions and installations adapted to the green technologies of the future.

According to Henrik Vincentsen, CEO of Femern A/S: “Today we have formally entered into the important contract for the Fehmarnbelt tunnel installations. The contract is crucial for us to be able to deliver the finished tunnel, powered by sustainable energy and with energy-efficient installations, by 2029. SICE-COBRA brings substantial international experience and expertise from other construction projects, and we look forward to working with the consortium to find the best possible solutions.”

Different contracts in the Nordic countries in recent years have been won by SICE-COBRA, such as its contracts for the Stockholm, Bypass motorway, the northern and southern extensions of the Stockholm Metro, and the Tingstad tunnel in Gothenburg in Sweden. Moreover, this company won the contract to implement the electro-mechanical installations along 23 kilometers of the motorway between Ranheim and Værnes, including a total of 15 kilometers of tunnels last year in Norway.

In accordance with a statement released after the signing of the Fehmarnbelt tunnel contract the consortium announced that: “SICE-COBRA is proud to be part of one of the most iconic infrastructure projects in Europe.”

Using a large number of sub-contractors is also predictable in this project as with the other major contracts on the Fehmarnbelt project, while the consortium is also required to take on apprentices.