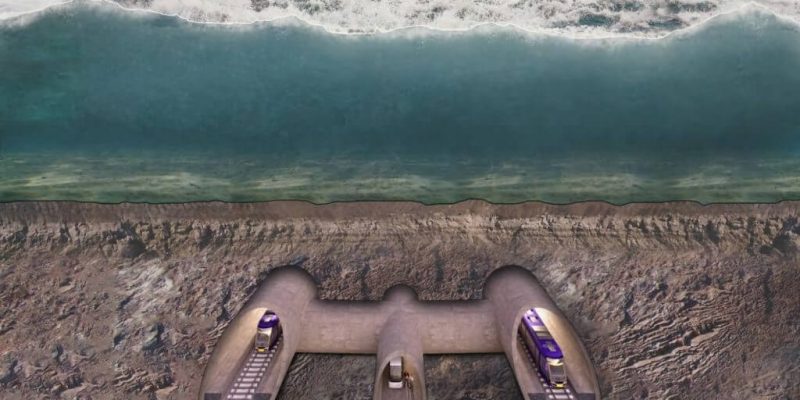 Result of the first wide engineering analysis of constructing a constant connection among Great Britain and Northern Ireland via a tunnel or a bridge illustrates that this project’s cost is unjustifiable.

According to Hendy’s statement about the feasibility report: “Cutting-edge, twenty-first-century civil engineering technology would make it possible to construct either a bridge or a tunnel between Great Britain and Northern Ireland.”

Additionally, this study emphasizes on building a tunnel crossing for railway use given current technology and safety considerations.

“The consequence of these parameters for either a tunnel or a bridge is that they are expensive. The associated very significant works on the British and Irish sides for a railway or roads would mean that the crossing would not be operational for 30 years,” reports the study.

The Beaufort’s Dyke, which is a deep seabed trench between Northern Ireland and Scotland and is over 45km long, up to 3.5km wide and 300m below chart datum (approximately the lowest tide level) in its deepest areas, considers as a significant barrier to the construction of this tunnel. It may also be filled with a million tons of unexploded ordnance.

In order to safely prevent the trench, a rail tunnel would have to be excavated about 400m beneath chart datum, while the faced water in this depth would have a hydrostatic pressure of 40 bars.

Boosting 40km from the deepest point by the railway track will cause attaining chart datum in either direction given a maximum rail gradient of one in 100.

In contrary, the Channel tunnel comprises an undersea section of 38km, with a maximum depth of 75m below sea level.

The Seikan Tunnel in Japan, which is the deepest undersea rail tunnel, is 240m beneath sea level.