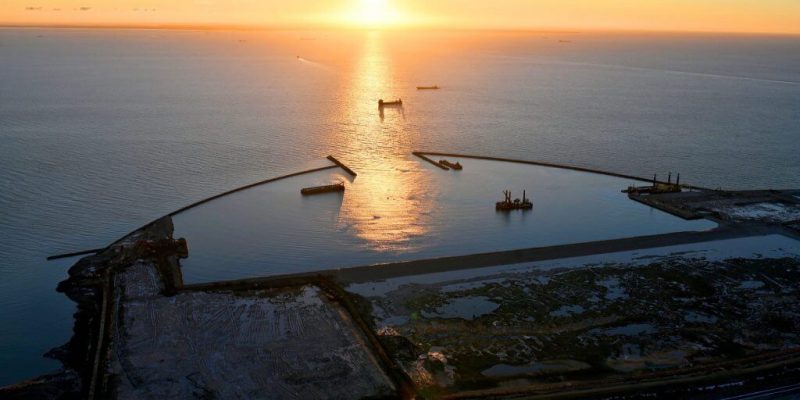 Due to an environmental group’s increasing urgent concerns, the pendency of dredging work at contended reef areas on the German side of the Fehmarnbelt fixed link has been suggested by a federal court in Leipzig, Germany.

While the exploring process of them returns to after the project received the confirmation from the German government in January 2019, Aktionsbündnis Gegen Eine Feste Fehmarnbeltquerung (Alliance against a Fehmarnbelt fixed link) had protested against the commence of work in newly discovered reef areas in coastal waters off Puttgarden – a coastal village on the German island of Fehmarn. Although on 1 September 2021 a court’s verdict was towards the amend and the scheme’s original planning approval for the German section as well as ordering immediate enforceability to account for and minimize the destruction of newly-discovered reefs, especially those off Puttgarden, the Alliance’s action was in response to work in contested areas.

Reef biotopes in the Fehmarnbelt are regarded as noteworthy due to their exceptional biodiversity and are seen as being particularly important in a heavily polluted Baltic Sea. The Alliance has alleged that following the discovery of the reefs, Danish state project owner Femern did not map reef areas along the alignment.

According to the Alliance: “It is doubtful whether enough ‘compensation areas – where artificial reefs would be created by the contractor to compensate for those damaged or destroyed by construction – can be found in the Baltic. As long as this remains in doubt, the viability of the project is questionable and construction must not continue. Despite this, other work is continuing on both sides of the project.”

The content of Fehmarnbelt project contract with US$8.2bn value is an immersed tube tunnel with 18km length under the Baltic Sea, connecting Puttgarden, Germany with Rødbyhavn, Denmark, whereas 79 hollow, reinforced concrete elements – almost 217m long, 42m wide and 9m high – and 10 special elements (incorporating a lower floor) is due to form the tunnel. Cast on land, they will be floated out to sea and sunk into a pre-dredged trench on the sea bed.

The consumer’s consultant is Ramboll–Arup-TEC JV, while in-house consultancy services are supplied by ÅF-Hansen & Henneberg. The Fehmarnbelt fixed link is going to be the world’s longest immersed tube tunnel as well as the longest combined road and rail tunnel underwater. The determined date for the inauguration of this project is 2029, and once be completed it is estimated to facilitate freight and passenger travel between Scandinavia and mainland Europe.