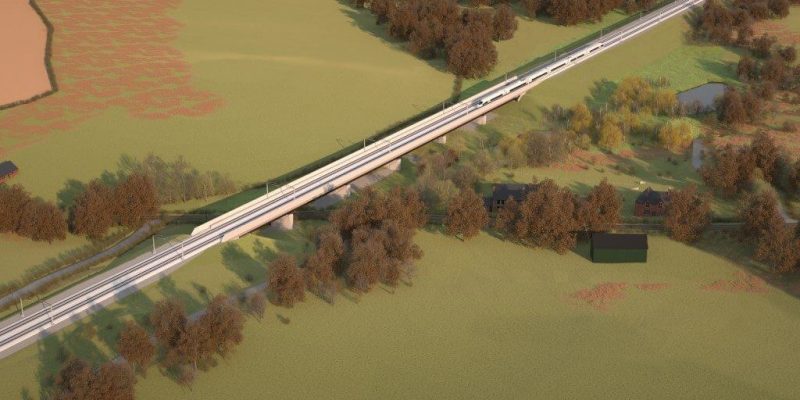 According to HS2‘s declaration they aimed double the length of a new tunnel on phase one of the route near Birmingham.

Due to the alterations to the design of the route in Birmingham the Bromford Tunnel will face expansion from 2.8km to 5.7km and into Warwickshire to remove complex above-ground engineering works, which include a new viaduct.

On 20 January 2022, HS2 Ltd concluded a Transport Works Act Order (TWAO) in order to allow a slight correction to the route approved by parliament in 2017, to account for the longer tunnel and changes to the western entrance.

In accordance with HS2’s statement: “The changes would remove the need for above-ground work in an already built-up and environmentally sensitive area, where a series of retained cuttings, retained fills and a viaduct would need to be built. The eastern portal will be moved to Water Orton, near the M6. The current western portal will be moved approximately 100m west from its current location in the Washwood Heath area of Birmingham, where a HS2 maintenance depot is set to be built.”

“Moving the tunnel portal to Water Orton has major environmental benefits by removing 260,000 HGV movements over the course of construction, which results in a saving of around 30,000 tons of carbon emissions. It reduces the impacts on the Park Hall Nature Reserve and the River Tame, and also results in a significant reduction in the number of properties impacted,” added HS2.

Considering the slight need for these changes to land in the Castle Bromwich Business Park area, fewer properties and businesses will be affected by the new railway line, whereas this is slated to save a number of jobs in the area.

Obeying remit of the Phase One Act, HS2 is allowed to make amendments to the design of the railway as detailed design and engineering works are undertaken. The TWAO, however, was needed to apply for additional consents for specific, technical aspects of the plans.

Although expenses for the route changes have not been released, TWAO’s estimation for the revised costs is the £45bn funding envelope for phase one of the project.