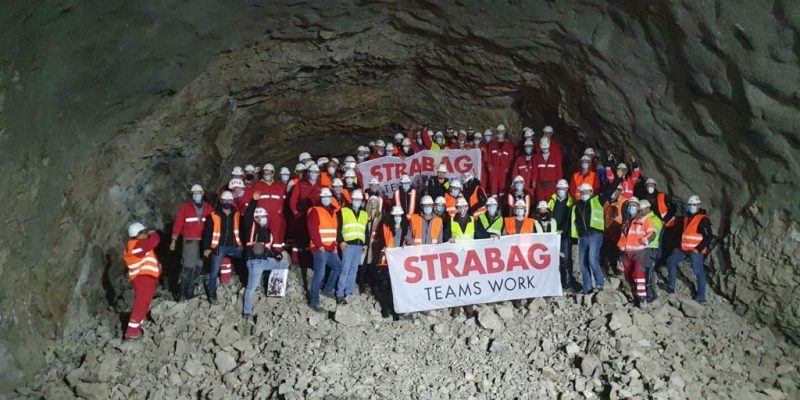 The completion of Croatia’s strategic Debeli Brijeg tunnel, part of the Peljesac bridge and tunnel project planned to connect southern Dalmatia to the rest of the world, took place 74 days before it was expected.

The 2,467m tunnel is situated on the second segment of the access road to the Peljesac Bridge, currently under construction, as the longest on the ‘Road Link with Southern Dalmatia’ project. The bridge will run 2.4 km from the Peljesac Peninsula to the mainland, extending Croatia and Bosnia across the Adriatic bay. The scheme resides completely within Croatia and will avoid two Bosnia-Herzegovina border crossings.

Contractor Strabag,,that works for Croatia’s national road department, began digging the tunnel on 7 April 2020 and even worked during the lockdown, making use of NATM for the main tube and the pedestrian and service tunnels.

The scheme is co-financed by the Regional Development Fund of the EU, which has contributed US$434 million to the overall project contribution of US$639 million.

Work begins on the expansion of the metro network in Vienna