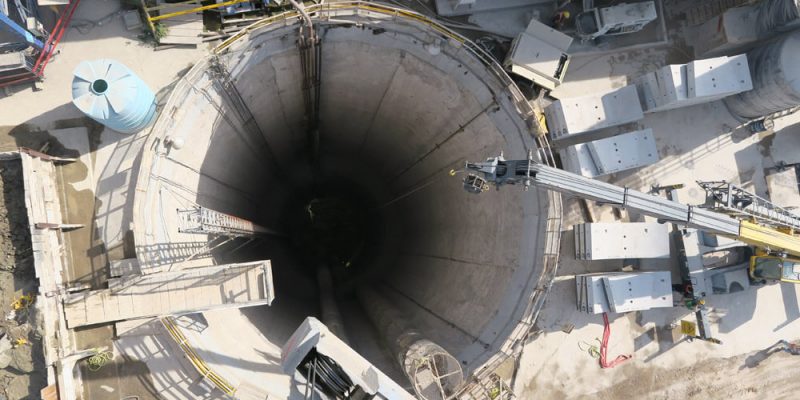 According to Nature magazine’s report about the results of the Gravity Pioneer project, for the first time, an object buried beneath the ground has been identified using quantum technology as a sensor, while the project discovered a tunnel below the Birmingham University campus in the reality and it is illustrating how effective the technique could be for identifying obstacles on tunneling projects.

Managing by environmental, engineering, and technical services business RSK, the Gravity Pioneer project won the international race to take the technology outside when it became the first quantum gravity gradiometer proven to work outside laboratory conditions. Also, this project’s investor was Innovate UK under the Industry Strategy Challenge Fund.

RSK director of geosciences and engineering George Tuckwell said: “There were existing machines that could see below the ground surface for construction and scientific projects but they had limitations.”

He continued: “Current microgravity technology is limited by a range of environmental factors, particularly vibration, and can miss devastating underground events like sinkholes. Currently, three out of every five holes drilled for roadworks are in the wrong place.”

“Quantum sensors – which detect variations in microgravity by using quantum physics principles based on manipulating nature at the sub-molecular level – are still in their infancy as a way of looking under the ground. But these new results prove quantum sensors work; in time they will be able to see much more clearly than any existing technology. It’s massively exciting because we still know so little about what is under the ground,” stated George Tuckwell.

Additionally, involving the construction industry where it could decrease costs and delays to construction, rail, and road projects, the commercial implications of significantly improved underground mapping were huge.

Tuckwell added: “The quantum technology, which could ultimately be placed on a satellite to map the Earth from space, also offers an improved prediction of natural phenomena such as volcanic eruptions, and allows for underwater and subterranean exploration, including the discovery of natural resources and archaeological mysteries.”

In accordance with the description of Professor Kai Bongs, head of cold atom physics at the University of Birmingham and principal investigator of the UK Quantum National Hub Sensors and Timing, these findings as an Edison moment are slated to transform society, human understanding, and economies.

“With this breakthrough, we have the potential to end reliance on poor records and luck as we explore, build and repair. In addition, an underground map of what is currently invisible is now a significant step closer, ending a situation where we know more about Antarctica than what lies a few feet below our streets,” he said.

Grand Paris Express, Completion of the Common Section of Lines 16 and 17 by Bantan