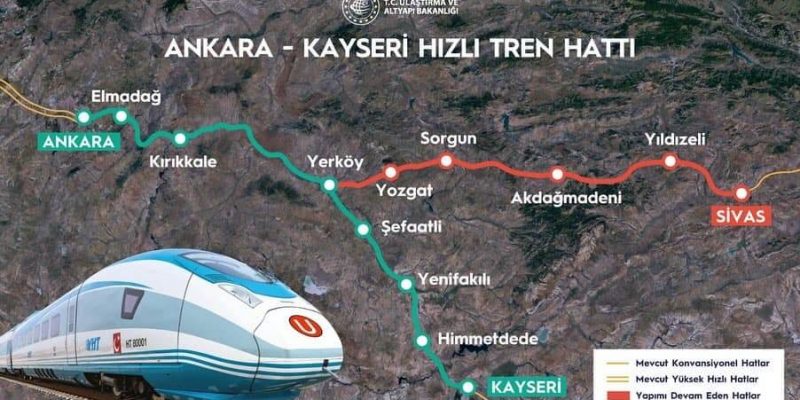 The opening of the Ankara-Yozgat high-speed train line, the foundation of which was laid in 2009, was rescheduled 8 times. Reacting to the uncompleted project, Ali Keven, CHP Yozgat Deputy stated: “Promises were made many times, but the opening was postponed 8 times.”

The foundation of the Ankara-Yozgat high-speed train line was laid back in 2009 and it was declared that it would be operational by 2012. Nevertheless, even after 10 years, the train has not reached to Yozgat.

As Veli Toprak reported, Ali Keven who made a call to power from the rostrum of the Grand National Assembly of Turkey, pointed: “Minister Bekir Bozdag said it would cost 2009 trillion in 840. AKP Deputy Ertuğrul Soysal said in 2011 that the line will be opened in 2014 and will cost 3 billion dollars.”

In addition, according to another statement by Bozdağ, Keven noted that: “It will end in 2015, you will reach Ankara in 60 minutes” and that the AKP Deputy Yusuf Başer stated that the line will be operational soon. It was missing,’ he mocked. Promises were made many times, but the opening was rescheduled 2017 times.

Tracy, the Treasure Hunter Has been Introduced