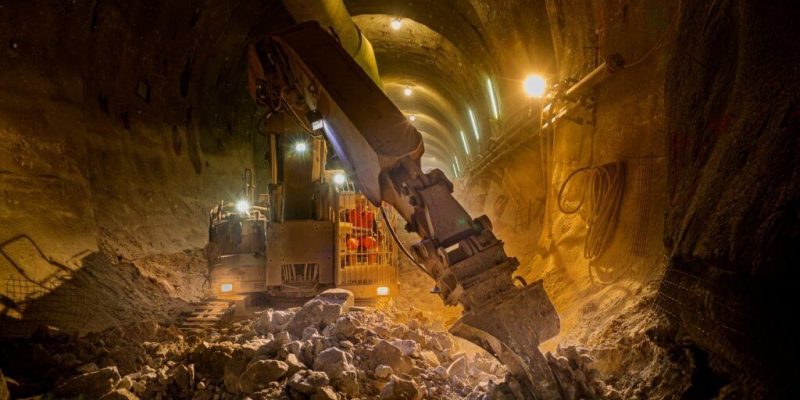 According to the Austrian Federal Railways (ÖBB) announcement, the planned inauguration of the Semmering Base Tunnel deferred to 2030 due to complex geology.

Considering that the work on the railway tunnel with 27.3km length has been delayed by several months because of a geological fault zone in the Grasberg area, the estimated total cost of the Semmering Base Tunnel has raised by €390M (£328) to €3.9bn (£3.3bn).

Connecting the town of Gloggnitz in Lower Austria with Mürzzuschlag in Styria through the Semmering massif, this tunnel is a part of ÖBB’s new Southern Line.

Due to existing of the mountain’s complex geological conditions which consist of hard, soft, water-bearing, and dry rock, the tunneling process in the Grasberg area has been particularly challenging, and special measures that were implemented to solve these technical and geological tunneling problems in 2021 have proved unsuccessful.

The solution of ÖBB’s contractors for getting through the fault zone will be using grout until conditions in the tunnel are stable enough for tunneling by excavator and blasting.

Additionally, the construction costs have been raised due to the unexpected increases in the costs of building materials and energy. It added that costs have further been exacerbated by a global wave of inflation and the war in Ukraine.

Currently two tunnel boring machines have excavated almost 23km of the 27.3km of the twin-tube tunnel despite the construction delays.

The tunnel is being dug from five locations with 14 simultaneous drives, four of which in the Fröschnitzgraben area have already been completed, while about 7km of inner concrete lining has been applied to the tunnels since 2020.

Locating on one of Europe’s most important traffic corridors – the Baltic-Adriatic Corridor, the Semmering project stretches from Gdansk in Poland to Ravenna in Italy and links important economic areas and ports among the Baltic and the Adriatic.

At present the mountain section across the Semmering is a bottleneck on this trans-European rail route, which will be removed by the Semmering Base Tunnel.