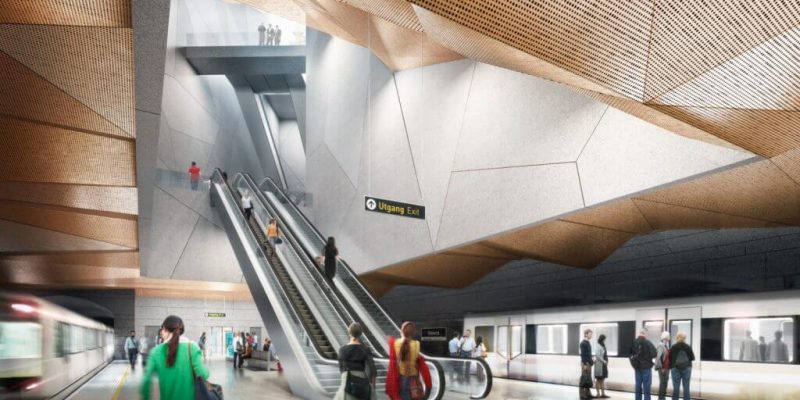 In order to build the Lysaker to Vækerø tunnel for the Fornebu Line, which is a metro extension in Oslo, Norway, a contract has been concluded with Norwegian construction and civil engineering firm, Veidekke.

The contents of this contract are tunneling and ground construction work on the section of the rail line, while its expected value is NOK1.145bn (£100M).

Linking the center of the Fornebu peninsula to Majorstuen by an underground tunnel, the new Fornebu Line will be 8.2km long and its location is going to be beneath the ground from the existing Majorstuen T-rail interchange station to Fornebu.

With an estimated contract budget of NOK1.2bn (£101M), in the previous March Implenia, were selected to build the Lysaker to Fornebu tunnel for the Fornebu Line.

Designing of this line is undergoing by Cowi in a joint venture with Multiconsult, whereas it will have six stations: Skøyen, Vækerø, Lysaker, Telenor Arena, Flytårnet, and Fornebu Senter.

Following negotiations, Veidekke was assessed to have submitted the best offer based on the award criteria of price, quality, and environmental aspects.

The last raises in cost forecasts for the Fornebu Line are an indication that the date when the contract can be concluded is uncertain, hence while tunnel contract Lysaker to Vækerø has currently been handed, a possible signing of the contract will be carried out later.

The initial expense of the Fornebu Line, which is Oslo’s largest transport project in over 20 years, was NOK13bn (£1.2bn).