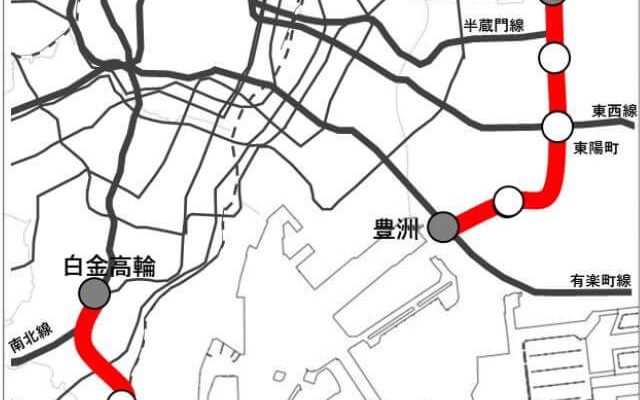 The approval of extending two bided extensions to the capital’s metro network, has been issued to Tokyo Metro by the Ministry of Land, Infrastructure, Transport & Tourism.

While the first phase would be the development of the Yurakucho Line in order to serve areas at the northern end of Tokyo Bay that are undergoing wide renovating, the 4·8 km extension would stretch from Toyosu in Koto City, where it would interchange with the Yurikamome automatic transit guideway line, to Sumiyoshi. Additionally, another advantage of this link is estimated to be decreasing congestion on Tokyo Metro’s east-west Tozai Line nearby, which is the network’s busiest route.

Locating in Shirokane Takanawa, the second part of projects would be a 2·5 km extension of the Namboku Line, where there is an interchange with Toei’s Mita Line, to Shinagawa, in order to serve the Tokyo terminus of the Chuo Shinkansen maglev line. At Shinagawa, the metro would also interchange with JR East’s Yamanote, Keihin-Tohoku, and Tokaido lines, the Tokaido Shinkansen, and the Keikyu Line to Haneda Airport.

Revealing the Design of New Green Tunnel in Warwickshire by HS2