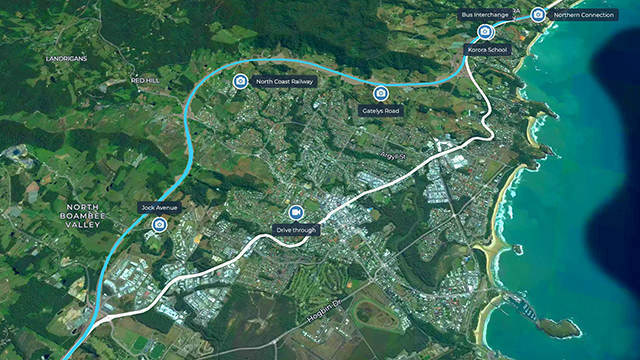 In order to design and construct the new US$1.53bn (A$2.2bn) Coffs Harbour Bypass, the Ferrovial Gamuda Joint Venture has been opted by the Australian and New South Wales governments.

Upgrading almost 14km of the Pacific Highway at Coffs Harbour, a city 540km north of Sydney, as well as the construction of three tunnels at Roberts Hill, Shepherds Lane, and Gatelys Road, will be the contents of this project.

Delivering four lanes of divided motorway bypassing the Coffs Harbour CBD, the upgrade will take thousands of vehicles out of the center of town and save motorists time by avoiding up to 12 sets of traffic lights.

The planned date for inaugurating this bypass is late 2026, while it is jointly funded by the Australian and NSW governments on 80:20 bases.

According to NSW deputy premier Paul Toole: “The bypass was the biggest infrastructure project in the town’s history. The project will be delivered using a single design and construct contract to ensure innovation, efficiency, and value for money in bringing the plan for this bypass to life. We know how important the three tunnels are to the community’s vision for their bypass – and under the planning approvals now in place, they can be assured that’s exactly what they will get.”