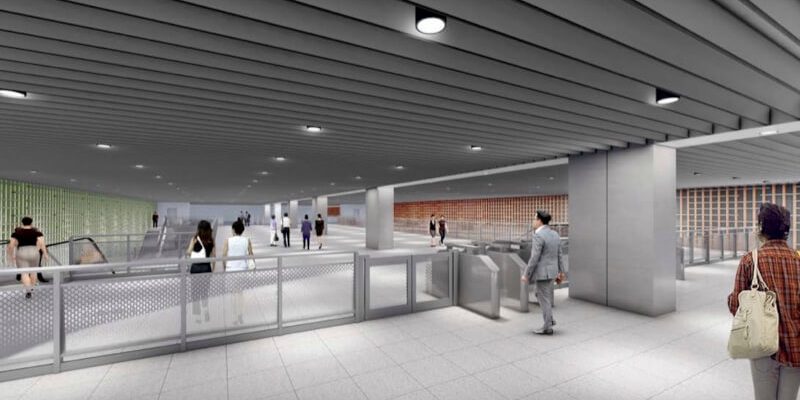 Locating at an almost depth of 25m, a single bore 4.3km-long tunnel housing two tracks will be constructed using an EPBM with a diameter of around 12m.

While the current project of this joint venture is construction of bored tunnels between Aviation Park station and Loyang station for the Cross Island Line Phase 1, Taisei was involved in the construction of Marina Bay station on the Thomson-East Coast Line, as well as construction of Keppel and Cantonment stations for the Circle Line, that is up to China State Construction Engineering at the moment. The company previously completed Downtown Line’s Kaki Bukit and Geylang Bahru stations as well as North-South Line’s Canberra station.

The scheduled date for commencing construction works of the CPe Riviera station is the first quarter of 2023, whereas passenger service targeted to commence in 2032.

Being considered as Singapore’s eighth mass rapid transit line, the Cross Island Line (CRL) is due to serve existing and future developments in the eastern, north-eastern and western corridors, connecting major hubs such as Jurong Lake District, Punggol Digital District and Changi region.

As the CRL will be constructed in three phases, building process of CRL’s Phase 1 was announced in 2019, while it is 29km long and comprises 12 stations from Aviation Park to Bright Hill.

Additionally, all the civil contracts for CRL Phase 1 had been awarded from March 2022 and the expected date for completion of construction works is 2030.

In the meantime, the CRL Phase 3’s engineering studies are under way.